ANC refers Mahumapelo’s suspension back to North West for rehearing

The provincial disciplinary committee has been directed to finalise the matter within 15 days. 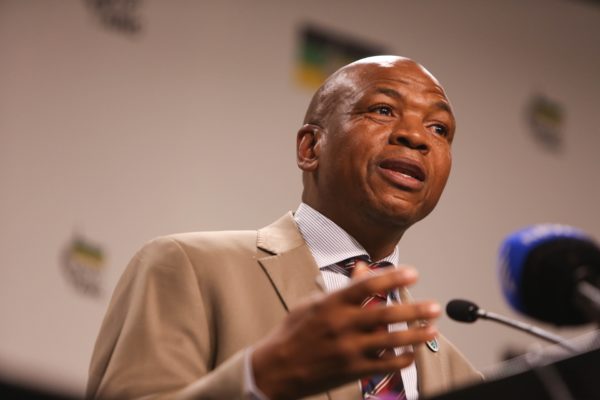 This after the NDC found that Mahumapelo’s case along with his ally, Bitsa Lenkopane, was not properly ventilated at the provincial level.

In April, Mahumapelo and  Lenkopane – the provincial ANC Women’s League acting secretary – were suspended from the party for five years and had to submit themselves for remedial guidance.

The former ANC provincial chair and Lenkopane were found guilty of misconduct after the PDC held hearings on allegations they were sowing divisions in the province. The guilty verdicts were linked to the pair allegedly instituting parallel rallies and undermining the interim provincial committee headed by co-ordinator, Hlomane Chauke.

Mahumapelo and Lenkopane complained they were not given an opportunity to make representations before their suspensions. They subsequently lodged review applications with the NDC.

“The NDC convened on 25 June to deliberate on the matter. Having considered the facts and arguments presented by both parties, the NDC is of the view that the case was not properly ventilated at the provincial level and that the interests of justice for both the charged members and the ANC would best be served if the matter is referred back to the PDC for re-hearing and finalised within 15 days,” the chair of the NDC, Mildred Oliphant, said in a letter dated 25 June.

The NDC consolidated both applications because the applications are the same. It heard both review applications on 21 June and Mahumapelo and Lenkopane were given a chance to represent their grounds of review.

The PDC has been directed to finalise the matter within 15 days with both Mahumapelo and Lenkopane expected to give their full co-operation.

READ NEXT: ‘Step aside’ resolution must be suspended, says Mahumapelo