The high court said Magashule was involved in all ANC processes, and that procedures were in line with the Constitution before the party suspended him. 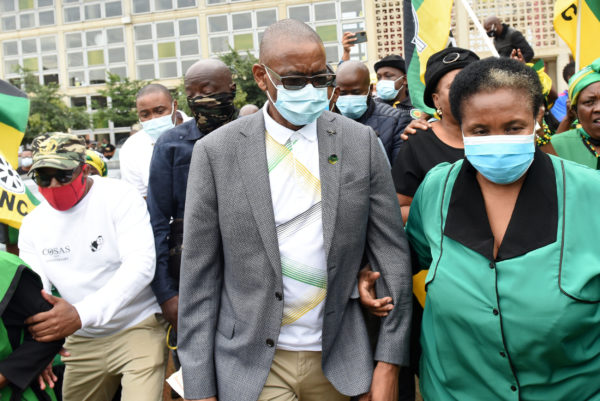 Suspended African National Congress (ANC) secretary-general Ace Magashule says he believes that a higher court will overturn his suspension from the party, after the Johannesburg High Court on Friday declared the step-aside rule that led to his suspension valid.

The high court said Magashule was involved in all ANC processes, and that procedures were in line with the Constitution before it suspended him.

However, Magashule said he was not satisfied with the ruling and said his legal team would be appealing the ruling.

“In South Africa there are legal processes and the universal principle,” Magashule told NewzroomAfrika.

“I am happy that the court said it did not want to get into the merits of the case that much, because this one is a very complex issue.”

Magashule said he was confident that his legal team, led by advocate Dali Mpofu, was capable of convincing a higher court that his suspension was unconstitutional

“I can assure you that this is the best legal team. We will appeal because there are issues that Judge [Jody] Kollapen said are very complex and I think a higher court can come to another decision, which will be fair.”

Magashule is arguing that the party’s step-aside rule is unconstitutional and flouts the principle that an accused is innocent until proven guilty.

Kollapen said that the ANC guidelines distinguished between indicted individuals and accused members. He said that the step-aside rules were not unconstitutional.

Furthermore the judges said that the principles of natural justice were observed prior to Magashule’s suspension.