The Economic Freedom Fighters says Minister of Higher Education Blade Nzimande has no interest in running an open and accountable sector. 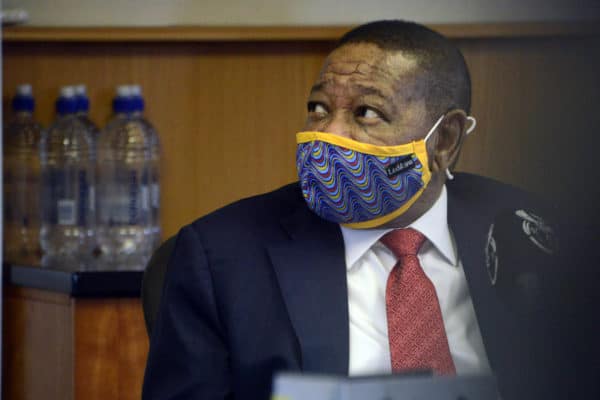 The Economic Freedom Fighters (EFF) has called for Minister of Higher Education Blade Nzimande to be removed from office in the light of jaw-dropping allegations that have recently surfaced.

This follows suspended director-general (DG) of the Department of Higher Education and Training (DHET) Gwebinkundla Qonde’s claims of alleged financial mismanagement, including being given the go-ahead by Nzimande to flout procurement rules.

The claims were revealed by City Press on Sunday, in which Qonde detailed how Nzimande allegedly set up a ministerial task team specifically for the procurement of laptops for National Student Financial Aid Scheme (Nsfas) beneficiaries.

Qonde said in a letter to Parliament’s higher education portfolio committee that the minister had encouraged him to violate procurement processes for the 500,000 laptops for Nsfas students.

In a statement, the EFF said it was no surprise that Nzimande had been caught up in another corruption saga.

“Nzimande is well known for intimidation, using his position to frivolously remove individuals from Sector Education and Training Authorities [SETA] in order to siphon money to entities closely linked to him and those he places in strategic positions.

“It is no surprise that he is embroiled in yet another scandal, while there is an ongoing forensic investigation into the finances of the National Skills Fund [NSF],” the red berets said.

The party further labelled Nzimande as a “callous and corrupt factionalist”, saying that the minister had no interest in running an open and accountable sector.

“Blade Nzimande is callous and corrupt factionalist, whose only purpose in government is to defend the interests of those who secure his ministerial position. In the wake of a deadly pandemic, he joins the long list of ministers who have tried to use the emergency procurement process to further theft. He has no regard for accountability, and is completely disinterested in running an open and accountable sector.

“Nzimande has turned what ought to be a developmental sector into his fiefdom, thriving at insults, evasion and taking public platform to ridicule students.”

Qonde, who was suspended with full pay and benefits after a disclaimer audit opinion by the Auditor-General of South Africa (AGSA) in July, has also accused Nzimande of wanting to remove him from the department since 2019.

However, the Ministry of Higher Education, Science and Innovation has since dismissed Qonde’s claims.

The Ministry reiterated that Qonde has been suspended over auditing related matters.

“The decision to place DG Qonde under precautionary suspension emanates from an adverse audit report by the Auditor-General of South Africa. The AGSA found that much of a total amount of just under R5 billion could not be properly accounted for over two financial years by the National Skills Fund. These are indeed huge sums of money that the AGSA found they could not have been properly accounted for.

“The DG of the DHET, by virtue of this position, is also the accounting authority of the NSF. He therefore has the responsibility for all the funds and their expenditure. Whilst DG Qonde has not as yet been found guilty, a precautionary suspension is necessary so that a comprehensive forensic investigation into the NSF can be done.

“The need for such an investigation has also been called for by the standing committee on public accounts [Scopa]. It is therefore a smokescreen that the suspension of DG Qonde is for any other reason than for conducting an investigation into this serious matter.”