Enoch Godongwana, the new minister of finance, has spent much of his political career working in the background and chairing the ANC’s economic transformation subcommittee. 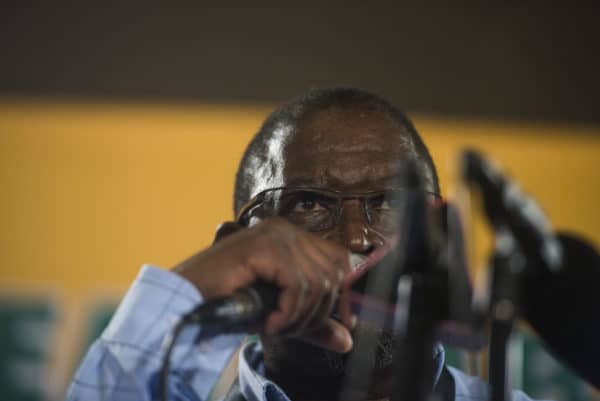 Mondli Gungubele was appointed minister in the presidency with Zizi Kodwa as his deputy, but still responsible for state security, while Pinky Kekana was moved from communications to become second deputy minister there.

Enoch Godongwana, the new minister of finance, has spent much of his political career working in the background and chairing the ANC’s economic transformation subcommittee.

This was apparently due to his involvement with a company that allegedly defrauded clothing factory workers of more than a R100 million in pension fund money.

Ramaphosa also announced that the speaker of the National Assembly’s sixth parliament, Thandi Modise, will leave the position she has held since the 2019 general election to lead the defence force.

Modise’s roles in governance included provincial and national structures, which saw her appointed North West premier between 2010 and 2014. Before that, she was elected speaker to the North West Provincial Legislature.

Modise was also then deployed to the National Council of Provinces, where she served as chairperson, alongside Baleka Mbete who was then speaker of the National Assembly, Modise also served as deputy secretary-general of the ANC from 2007 until 2012.

Former Ekurhuleni mayor Gungubele was accused of allegedly being complicit in corruption and was eventually asked to resign from the Public Investment Corporation.

The newly appointed minister in the presidency served in the National Assembly between May 2009 and November 2010 and was one of the few in the ANC speaking out against then president of party and country Jacob Zuma.

Gungubele was also previously an MEC for health, social development and community services, as well as sports and culture.

After years at the helm of KwaZulu-Natal’s health department, Dr Sibongiseni Dhlomo is now the deputy health minister. This is despite a report on how the KwaZulu-Natal department of health spent R120 million on two radiotherapy machines for Durban’s Addington Hospital and awarded a dodgy contract to maintain them, being handed to the National Prosecuting Authority.