Zuma says that he has already started lobbying support from some ANC branches in KwaZulu-Natal. 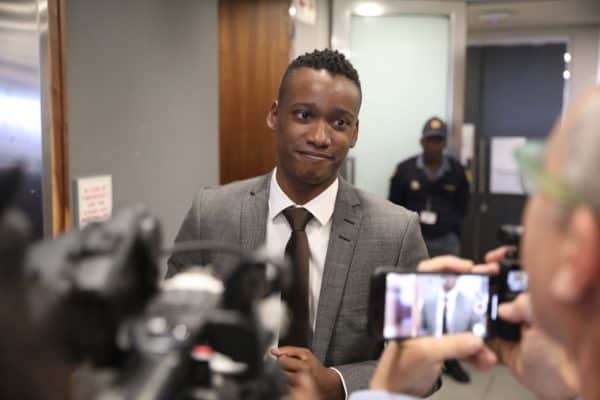 Duduzane Zuma during second day of his testimony at the commission of inquiry into state capture on October 08, 2019 in Johannesburg, South Africa. Picture: Gallo Images/Sowetan/Thulani Mbele

It looks like former President Jacob Zuma’s son, Duduzane, is getting the ball rolling in his bid to be the president of African National Congress (ANC) next year.

In an interview with Newsbreak Lotus, Zuma revealed that he has begun processes to contest the ANC leadership at the ruling party’s 55th National Conference set to take place in December 2022.

“That’s exactly the plan [which is] in motion. We putting our name in the hat [in] running for ANC presidency and national general elections in 2024. The reason I say [this] is that we are all allowed to dream big. I’m not a career politician, I’m a businessman and I have made this decision very late in my life,” he said.

Asked about whether he was ready to take on his competition, in other words President Cyril Ramaphosa, Zuma said he “not looking at anybody else”.

“I’m not here to compete against [anyone else] I’m here to do something different because if you’re saying I’m competing against someone it means we walk in the same path. I’m walking a completely different path. We’re going to do things differently,” he said.

He further said that he has already started lobbying support from some ANC branches in KwaZulu-Natal.

In the interview, the former president’s son also spoke of how the real problems in South Africa are poverty, unemployment and the “high levels of crime caused by the conditions of poverty and unemployment”.

This is not the first time that Zuma has voiced his desire to become the next president. In April this year, a two-minute video circulated on social media of Zuma setting out his plans.

In the video clip, he also made promises that he will implement once he is in the position of ANC.

However, there are too many hurdles that Zuma must overcome in his bid for presidency according to political analyst Dr Oscar van Heerden.

Van Heerden said Zuma’s plans might just be too ambitious as he does not qualify for the position of president because he has no active history in the structures of the ANC.

The analyst pointed out that the ANC was an organisation that does not easily change its ways of doing things.