Matongo said his administration would focus on stabilising the city’s finances, service delivery and good governance. 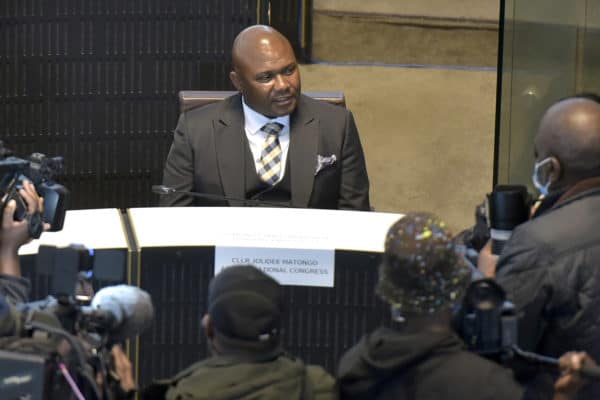 Newly elected Joburg executive mayor Jolidee Matongo on Tuesday said he was ready to hit the ground running following his election during a special council meeting.

Matongo, 46, was elected unopposed as the metro’s new mayor and will replace former mayor Geoff Makhubo, who succumbed to Covid-related complications in July.

Speaking at a media briefing after his election, Matongo said there would be no major changes coming with his administration as he would continue with the plans of Makhubo’s executive team, which he served as the city’s member of the mayoral committee for finance.

“I’m sure you want us to say something new and I don’t think it would be fair for us to say this is the new thing because we are in the middle of a financial year already,” Matongo said.

The new mayor said he had no new plans for the city because he was only left with a few months to complete his predecessor’s term of office before the next local government elections.

The local polls have been proclaimed to take place on 27 October, but the Electoral Commission of South Africa’s (IEC) urgent application to the Constitutional Court to postpone the elections to February 2022 could give Matongo a few more months in office.

ALSO READ: How IEC has made it difficult for Concourt to reject an election delay

“It’s important to indicate upfront that we only have three months, if not six months, to go into the term. So there is no confusion about what needs to be done because IDPs [integrated development plans] of the city have been adopted and approved by council in May of this year.

“The budget has been allocated, R73.3 billion, to ensure that the plans that are contained in the IDP including the service delivery implementation plan are implemented.”

His election was endorsed by the ANC’s coalition partners, the African Independent Congress, Al Jama-ah, the Congress of the People, the United Democratic Movement, and the Inkatha Freedom Party.

Matongo said the ANC had already consulted with its coalition partners on the appointment of his executive team, and an announcement would be on Tuesday evening.

“We are not necessarily looking at starting afresh [and] changing the team in its entirety. In the ANC we always believe in continuity and while there is continuity, there must be also change.”

Push to elect a new mayor

Joburg council speaker Nonceba Molwele denied claims by the opposition parties that the ANC was dragging its feet in electing a new mayor.

“I want to put it on record that the process was systemically in order and on time. After the funeral [of the late mayor], we waited a few days and we then held a memorial service for the late executive mayor where we were taking out his name from the books of council… immediately after that, we then prepared for this day,” Molwele said.

She was responding to a question about the Democratic Alliance’s push last week to rope in Gauteng MEC for Co-operative Governance, Lebogang Maile, to force council to elect a new mayor after it raised concerns about service delivery in the city.

“The Act talks about 14 days in relation to the new council. When we are setting up a new council after elections, the city manager has 14 days to call a council meeting to elect the new leadership of the city. In this instance, we had the council which was in place and the city manager who was holding the executive to account in terms of service delivery. So, there was no gap in terms of service delivery [and] the council was in operation,” she said.

READ NEXT: What you need to know about ANC’s Jolidee Matongo