Ahead of local polls, Ekurhuleni’s Masina concedes that coalitions will persist in SA

The mayor said as the leader of the coalition in Ekurhuleni, he had managed to keep the pact intact and stable. 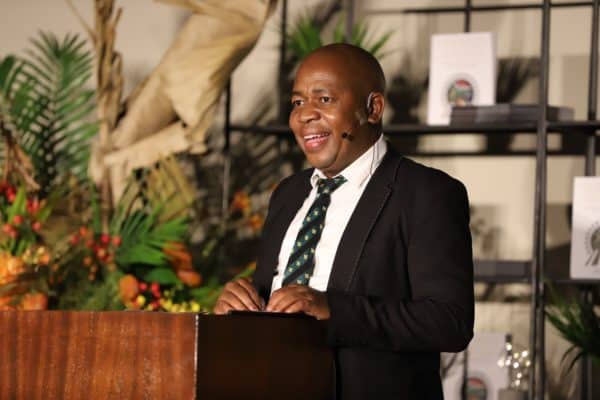 Ekurhuleni mayor Mzwandile Masina says coalition governments are an inevitable reality for the country’s political future, and the ANC, along with other parties, needs to accept this sooner rather than later.

“Coalitions are seemingly an inevitable reality in South Africa and other parts of the developing world. The diverse views from the population do not allow the continuation of a one party domination system,” Masina said.

“So, therefore we need to start to think about how best do we advance some of the policies that have been part of our movement broadly.”

The mayor was speaking on Thursday at the launch of his new book: Future Realities of Coalitions in South Arica.

Masina said he hoped that the launch of his book would be the beginning of the discourse about coalitions in the country.

“[It’s] A discussion that is both uncomfortable and deeply necessary,” he said.

While coalitions are unavoidable, the mayor said there needed to be a clear framework in place on how the sharing of power between parties would work in SA.

“In South Africa, we have not yet began to develop a blueprint on how we should construct coalition governments… We do need to start thinking about this phenomenon and how best we can be able to assist the country to ensure that we don’t have failing [municipal] governments in our country,” he said.

On his election as Ekurhuleni mayor in 2016 through a coalition government, Masina attributed this to the ANC’s “internal crisis” of corruption and infighting.

After the local government elections, the ANC failed to garner a majority and was forced to form a coalition pact with the African Independent Congress (AIC), Pan Africanist Congress (PAC), Patriotic Alliance (PA) and the Independent Ratepayers Association of South Africa (IRASA).

“The organisation had been fractured significantly leading to the election. In the book, I try to elaborate on some of these fractures which include, but not limited to, the dissenting views on electoral candidates.

“But also years of maladministration and corruption in the state, and specifically within government, were also a significant factor that contributed to the electoral outcome,” Masina said.

“The truth is that the ANC’s good track record in government has also been marred by a self-created crisis that had a direct impact on the lives of our people and the very future of the country.”

Masina said as the leader of the coalition in Ekurhuleni, he had managed to keep the pact intact and stable. He said this was largely due to having common goals with the smaller parties.

“I contend that coalitions are possible where parties that converge are political opponents and not class enemies. Political opponents who sit on the opposite beach have a similar or identical aspiration for the country and its people,” he said.

It is necessary to recognise that there is a shift from a battlefield to an arena of minds.

South Africans are due to vote for their municipal representatives during the local government elections, proclaimed for 27 October 2021.

However, the Independent Electoral Commission (IEC) has approached the Constitutional Court (ConCourt) on an urgent basis to defer the polls to February 2022, due to the Covid-19 pandemic and lockdown restrictions.