Where is former president Jacob Zuma?

Whether the former president is at his Nkandla homestead or still in hospital remains unclear. 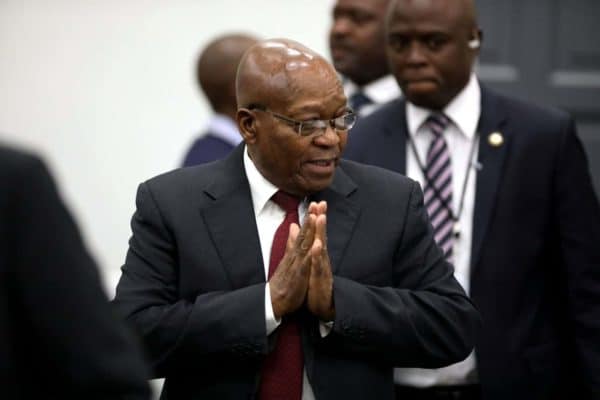 On Thursday, TimesLive reported that Zuma returned to his Nkandla homestead in KwaZulu-Natal after being discharged from a Johannesburg hospital on Wednesday.

However, the foundation, through its spokesperson Mzwanele Manyi, tweeted that it would not be commenting on the matter.

“Dear media, the foundation is inundated with a barrage of calls following a Media report which purports that H.E President Zuma is back at Nkandla. The Foundation wishes to reiterate its earlier position that the discharge from Hospital of H.E Prez Zuma will not be made public,” reads the tweet.

Zuma escaped his 15-month sentence for contempt, after spending weeks of his incarceration in the medical wing of the prison before he was moved to an external hospital for further treatment.

Weeks after his surgery, it’s still unclear whether he has been released from hospital or not, leaving a number of unanswered questions. This considering Zuma’s controversial medical parole which prisons boss Arthur Fraser admitted to have authorised and Zuma’s refusal to allow a state-appointed doctor to assess his health to determine whether he is fit to stand his corruption trial.

The court heard arguments on why National Prosecuting Authority (NPA) lead prosecutor, Billy Downer, should be removed from the case.

Zuma’s recusal application was heard in his absence, with the spotlight on his health.

This after the NPA’s medical team stated the former president was “medically fit” to stand trial.

The Zuma foundation had earlier said that it would not announce his discharge date so as to not compromise his security.

It said that it would make announcement in due time.

Whether the former president is at his Nkandla homestead or still in hospital remains unclear.