Curiously, the former president is also not shy about following sexy woman on social media either. 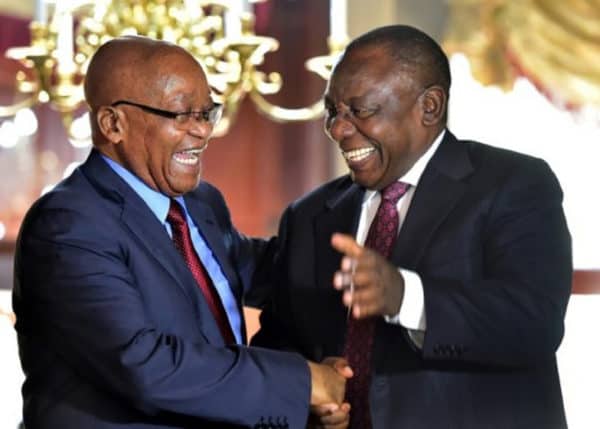 As the November elections approach, political parties are out in full force bumping elbows, gagaing over babies, highlighting opponents’ shortcomings and making promises.

For the country’s two largest parties, the African National Congress (ANC) and the Democratic Alliance (DA), their online propaganda is also in hyperdrive.

Previously, digital analyst Carmen Murray delved into the DA and its leadership, discovering among other things that frontman John Steenhuisen is not as known as his predecessor, Helen Zille.

For the ANC, the narrative seems much the same.

While President Cyril Ramaphosa’s social media following outnumbers his predecessor’s by a ratio of almost 3 to 1, his reach and engagement with people is far more limited.

In fact, on closer examination it is becoming clear that former president and part-time jailbird Jacob Zuma is one of the most followed politicians in South Africa.

And he’s only been active on Twitter since 2018. Bigger yet is Mr Fix, Transport Minister Fikile Mbalula, who’s got 2.5 million followers on Twitter, outranking Ramaphosa by about 500,000 fans.

“He follows the right people, politicians, sports personalities, branches of the ANC and other world leaders. This way, not only does he share some of his personality through whom he follows, but he has his finger on the pulse of the ANC.”

Curiously, she says, Zuma also follows some very sexy women whose profile pictures are quite provocative, but there’s no indication of any online courtship.

“Valentine’s Day must already be a large shindig at Nkandla with so many wives,” says Murray.

There’s no doubt that Zuma remains a highly relevant and influential public figure in South Africa.

Whereas he engages with followers and sheds some light on his persona, Ramaphosa seems more of a mystery.

While he is followed by quite a legion, interaction is limited and, says Murray, “it is clear he does not run the account himself”.

She says responses and behaviour are “quite cerebral and rigid, very issue based, and he comes across as someone who’s not really a people’s person”.

“What people really seem to want to know about the president is to understand his belief system, what he stands for as a human, who his family are, what they are like and to delve a little deeper than just skid along the surface of pure issue-based discourse.”

Zuma, on the other hand, is a crowd-pleaser. Ramaphosa was recently booed during a campaign visit in Naledi, Soweto.

“It’s not surprising that in an era where personality or character politics matter more and more, he may be lagging behind.”

People seem interested in Health Minister Joe Phaahla’s qualifications, along with those of the DA’s chief whip, Natasha Mazzone, and her leader, Steenhuisen.

“President Ramaphosa needs to become far more accessible online. After all, this is the most direct route to the public, where voters can be influenced and where you can give people a glimpse of who you are. It is critical in today’s political landscape. You’re a brand, after all, and Zuma and Mr Fix both seem to get that.”