Successive ANC governments have failed to implement the recommendations of the Truth and Reconciliation Commission (TRC) that those behind the killings be prosecuted. 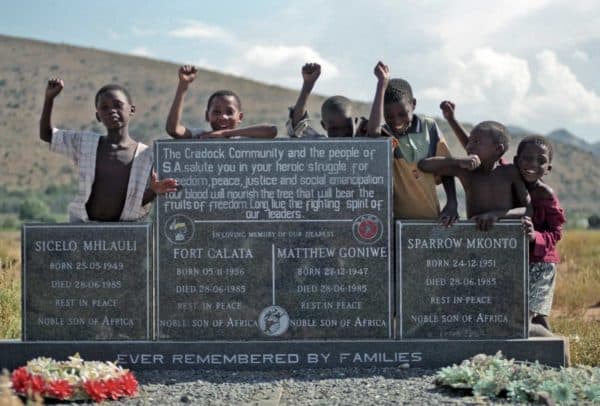 In what is set to blow the lid off the buried apartheid secret of how the Cradock Four – Matthew Goniwe, Fort Calata, Sicelo Mhlauli and Sparrow Mkhonto – were brutally executed 36 years ago, the families of the murdered activists have launched an application to compel the National Prosecuting Authority (NPA) to file its full record in the case.

While successive ANC governments have failed to implement the recommendations of the Truth and Reconciliation Commission (TRC) that those behind the killings be prosecuted, bereaved families have been pushing for the trial to be reopened.

The four leaders were at the forefront of anti-apartheid mass struggles in the Eastern Cape, with Goniwe serving as regional organiser of the United Democratic Front.

According to the Foundation for Human Rights and Cliffe Dekker Hofmeyr, the families filed an application seeking an order from the High Court in Pretoria compelling the national director of public prosecutions (NDPP) to deliver the full record upon which the NPA failed to make a prosecutorial decision in the case.

Their application sought an order:

The four state respondents filed notices of opposition to the application in August.

The Foundation for Human Rights and Cliffe Dekker Hofmeyr said in a joint statement: “Attorneys for the fifth to 17th respondents, the potential suspects in the Cradock Four case, advised that their clients will not oppose the
application.

“The seventh respondent, Eric Winter, who was the former head of the SB in Cradock, died on 18 August 2021.”

In terms of the relief sought by the families, the NPA was required to file its record in the case on 27 August this year.

The statement added: “The NPA failed to deliver its record, thereby forcing the families’ attorneys CDH, to issue a notice on 6 September 2021, requiring compliance by 20 September 2021.

“The NPA also failed to comply with this notice, which prompted CDH to file an application on 23 September 2021 for an order compelling the production of the record.

“If this order is granted, the NPA must deliver its record within five days of the grant of the order.

“The families view the approach of the NPA in opposing their application, rather than committing to a date for making of a prosecutorial decision, as unfortunate but unsurprising. It is entirely consistent with the terrible neglect visited upon apartheid-era cases, since the winding up of the TRC.”

TRC needed for whistleblowers
1 week ago
1 week ago

TRC needed for whistleblowers
1 week ago
1 week ago