Mpho Moerane to be ANC’s next Joburg mayoral candidate

Moerane will be replacing late Johannesburg mayor Jolidee Matongo, who recently passed on following a road accident less than two months after taking on the position. 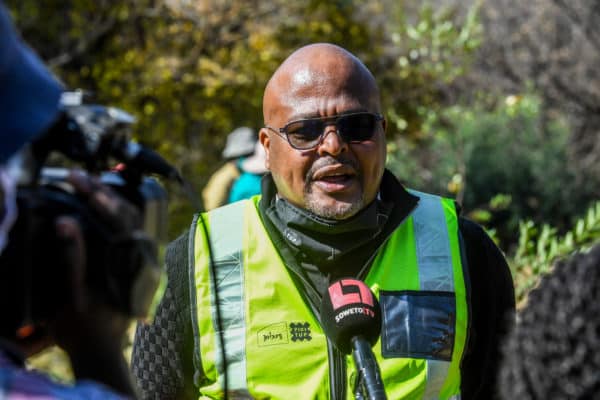 JOHANNESBURG, SOUTH AFRICA - JUNE 05: MMC for Environment and Infrastructure Services Cllr Mpho Moerane visited a project in Glenvista as part of the City's celebration of the World Environment Day on June 05, 2020 in Johannesburg, South Africa. The visit forms part of celebrations of the World Environment Week, for which the city chose to celebrate under the theme biodiversity, to encourages worldwide awareness and action to protect the environment. The project includes cutting alien trees and planting indigenous trees.(Photo by Gallo Images/Sydney Seshibedi)

The African National Congress (ANC) regional executive committee in Johannesburg has reportedly endorsed member of the mayoral committee for Environment and Infrastructure Services Mpho Moerane as their mayoral candidate.

Moerane will be replacing late Johannesburg mayor Jolidee Matongo, who recently passed on following a road accident two months after taking on the position. Before his passing, he had spent a full day in Soweto with President Cyril Ramaphosa on the campaign trail.

Matongo was among the longest-serving members of the regional executive committee of the ANC in Johannesburg and was previously appointed by the late mayor Geoff Makhubo to serve as MMC for finance for the City of Johannesburg.

Matongo’s death was described as a “great loss” to the ANC and society at large.

“We are forever grateful for his selfless contribution to the freedom of the people of South Africa and the enhancement of service delivery within the City of Johannesburg,” said the ANC in Joburg at the time of his death.

“Cde Matongo played a key role in stabilising the governance and systems in the City towards a financially sustainable City of Johannesburg. His key focus as the executive mayor was on the accelerated service delivery programme which was under way across the City.”