‘I’m not one to run from problems,’ says Ramaphosa on Marikana visit

On the ruling party's failure to pay salaries, Ramaphosa said they were doing everything in their power to get the funds for the salaries. 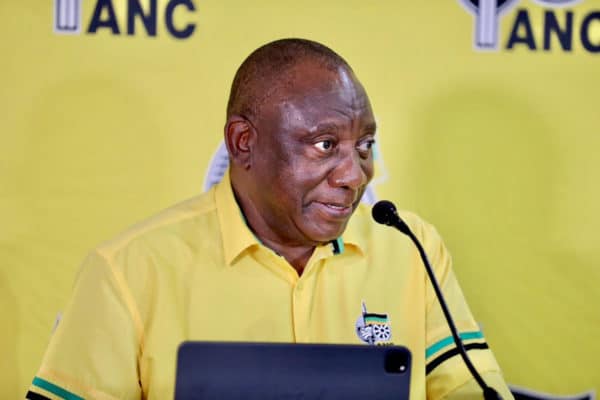 “The Marikana issue has been raised with me a number of times. We just want to get full agreement from various stakeholders on the way forward. A Marikana visit is still on my radar. As you know, I’m not one to run from problems. I will go.”

Ramaphosa also touched on corruption, saying the ruling party was committed to dealing with corruption and further commending the Pretoria High Court’s decision to extend the Commission of Inquiry into Allegations of State Capture.

“The ANC has committed itself to act against corruption. We have taken a view that our people abhor corruption.”

Ramaphosa admitted that the party’s step-aside resolution did cause divisions, but added it had to be implemented.

“Yes, we’ve had divisions. And we’ve now agreed that the only way to move forward is to do what the national conference agreed on. And I think we’ve settled around that,” he said.

“Focusing on the implementation of the conference resolution, more and more of us are accepting that this is the way to go, and in time, as we move on, this is going to cement and forge that unity.”

On the ruling party’s failure to pay salaries, Ramaphosa said they were doing everything in their power to get the funds for the salaries.

“In regards to the ANC staff, this is a sore point for me. Some of the people who used to fund the ANC have now said they don’t like the idea that we are publicising that they are funding us. It puts us on the back foot when our staff has not been paid. We are working on programmes and efforts to pay the staff of the ANC,” he said.