Ramaphosa says Mkhize 'has served the nation well and many people remember he was the sole voice at the beginning of the Covid pandemic'. 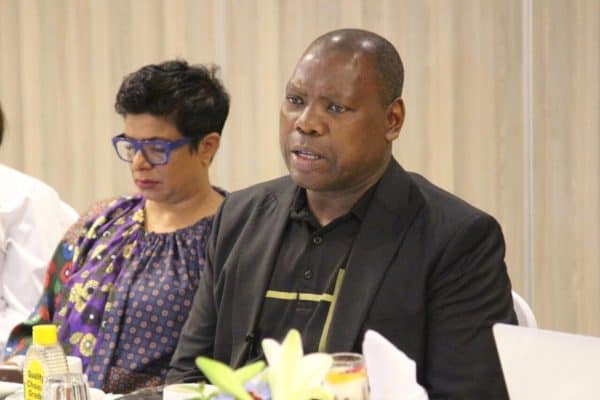 Former health department acting director-general Anban Pillay has been left holding the Digital Vibes bag, with the Special Investigating Unit (SIU) having implicated him as one of, “if not the”, main actors in the scandal – and recommending he be criminally charged.

Earlier this year, Daily Maverick published an expose on the obscure Stanger-based company – believed to be controlled by Tahera Mather and Naadhira Mitha, both one-time aides-de-camp to then health minister Zweli Mkhize – and how it scored millions from government contracts around the National Health Insurance and the Covid pandemic.

The SIU in June submitted a report on the scandal to President Cyril Ramaphosa and this was finally made public on Wednesday. In it, numerous departmental officials – including Mkhize – were implicated, but Pillay was the only one whom the SIU recommended be criminally charged.

“The obtained evidence indicates that Dr Pillay, as the ‘acting’ DG … during the Covid-19 media campaign, should be criminally prosecuted for ‘financial misconduct’,” it read.

It also found Pillay “made numerous material intentional misrepresentations to the National Treasury” and, the evidence indicated “he committed fraud in this regard”.

Other top officials – including departmental spokesperson Popo Maja – were implicated but the report only recommended disciplinary action be taken against them.

Meanwhile, the report made various scathing findings against Mkhize.

“In this regard, the minister indicated that he was at that stage not aware that he himself [via his property] or his son had benefitted … and had been telling the truth as he knew it to be. However, the fact remains that the minister’s denial was misleading to the public and the president.”

The report found he failed in his oversight duties. But the only recommendation made was that Ramaphosa take executive action against him.

Late yesterday, Ramaphosa came to Mkhize’s defence, when he answered questions on Digital Vibes at a press briefing.

News 24 reported him as saying: “Much as he is implicated in the SIU report, former minister Mkhize has served the nation well and many people remember how he, at the beginning of the pandemic, was the sole voice.”

Ramaphosa said those implicated in the SIU report should be dealt with “in accordance to the law” but that those who “are still in the department will be dealt with based on a measure of good fairness”.

He said the SIU report would be good for the ANC because it would show the party as one which was fighting corruption.

Political communications specialist and head of Covid Comms Chris Vick said when politicians don’t exercise oversight, they should be held accountable in a much stronger way, “so it would be good to see criminal charges against everyone involved”.

He said: I think it would send a very good signal if those dodgy tenderers as well as the officials were to be held accountable.

I think it’s pretty clear once the minister embraced the Digital Vibes proposal that the officials facilitated the awarding of the tender to the extent that they manipulated the scores, etc, and I think everyone who was involved should be held accountable.”