'We will build internal capacity to provide vehicles and financial services and remove parasitic consultants and tender providers.' 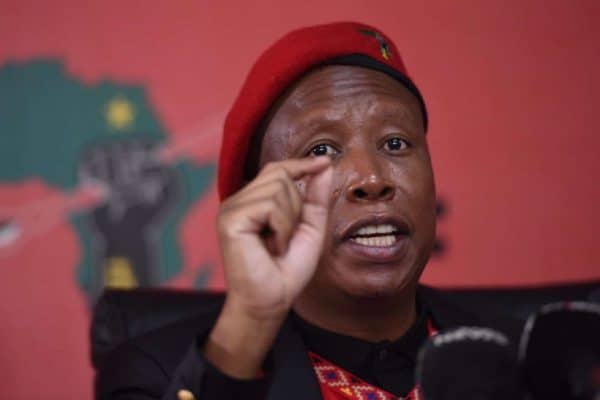 Until election day on 1 November, The Citizen is opening up space for political parties and independent candidates to promote themselves and their platforms – in their own words.

1. Complete the statement: The EFF believes it is the best to elect to run municipalities because…

The EFF has displayed outside of governance the superiority of its policy perspectives, to a point where political parties implement as a result of our pressure.

These range from the insourcing of workers in Johannesburg to the parliamentary process to amend Section 25 of the constitution to allow the expropriation of land without compensation.

We have led the removal of corrupt mayors and municipal managers across the country, ensuring that those who rob our people of services are brought to book.

These policies were implemented by the ruling party and the official opposition, respectively, a clear indication that the EFF is the only organisation that has the interests of the people at heart.

2. How do you intend to cut municipalities’ costs such as excessive salaries, vehicle allowances, staff complements and the like?

The EFF intends to cut excessive municipal costs by doing away with labour brokering and tendering and ensuring
that municipalities have internal capacity to perform functions.

The first act will be to do a skills audit and remove all of those who were employed inappropriately and without due process, to cut the bloated wage bill that was easing factional differences in the ruling party.

After that, we will build internal capacity to provide vehicles and financial services and remove parasitic consultants and tender providers.

EFF councillors will remain accountable to the people by holding regular community meetings to receive mandates and report back on work done.

4. People are broke and battling to pay their municipal bills, unemployment is at a record high. What are your plans to stimulate the local economy and, help ratepayers meet their obligations?

The problem with municipalities in South Africa is that they want to sustain themselves through rates, whereas the majority of society is too poor to afford paying them.

The local economy can therefore only be stimulated through decentralising economic and social development and maximising industrialisation according to the economic capacities of special economic zones.

This will create jobs and stimulate the local economy.

The EFF goals… will be guided by the communities and their faith in us to either govern or be an opposition.