It further cautioned the nation not to be deceived by Malema's 'unwarranted attack' on the ANC, further commending the party leadership for not agreeing to the EFF's demands. 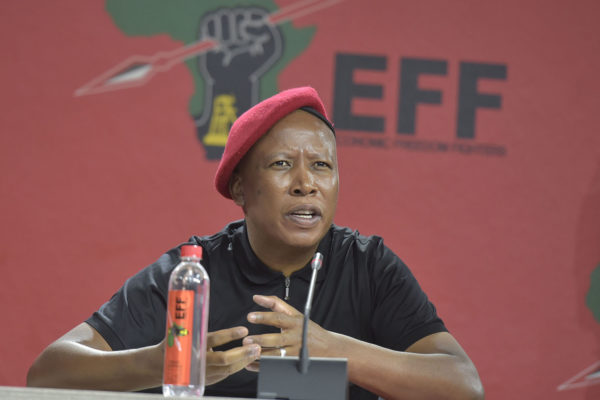 This after Malema, during a press briefing on Tuesday, accused the African National Congress (ANC) of only being interested in talking about municipalities and positions during coalition negotiations.

He said: “I say to you we’re more than willing to compromise, and one of the compromises is the first non-negotiable cardinal pillar. The IFP says ‘we agree with you on expropriation of land, the problem is with compensation, we want compensation, you don’t want compensation’. That’s a debate we are having with the IFP. The ANC doesn’t even go there. [We asked them]: ‘What is your position on expropriation of land?’ [and they responded]: ‘Leave those things. Which municipality do you want? Leave those things, let’s talk about positions’.”

But the ANC NYTT claims Malema lied to the nation.

“Living up to the known behaviour of scoundrels, he chose to resort to lies and deceit by claiming the ANC only negotiated for positions and not service delivery. This was done in an attempt to justify his failure to logically convince the ANC on the ridiculous demands the EFF put forward as conditions to enter into a coalition agreement with the ANC,” it said in a statement on Tuesday evening.

“Malema wanted to use the 10.6% of votes the EFF received to change policies which have very little to do with local government and the lived experiences of the poor black majority of South Africans. He also wanted to use the lousy 23 seats his cult got in the City of Tshwane to govern a council with a total number of 214 councillors while the highest number of seats went to the ANC followed by the Democratic Alliance.”

It further cautioned the nation not to be deceived by Malema’s “unwarranted attack” on the ANC, further commending the party leadership for not agreeing to the EFF’s demands.

“We urge South Africans not to be moved by the theatrics of the cult especially their lead actor Malema, who enjoys hearing his own voice in press briefings and seeing other actors nodding to his hogwash.”