Speaking to a news channel, Mavundla said no money was exchanged between parties, adding that voting with the DA just did not make sense to a black South African. 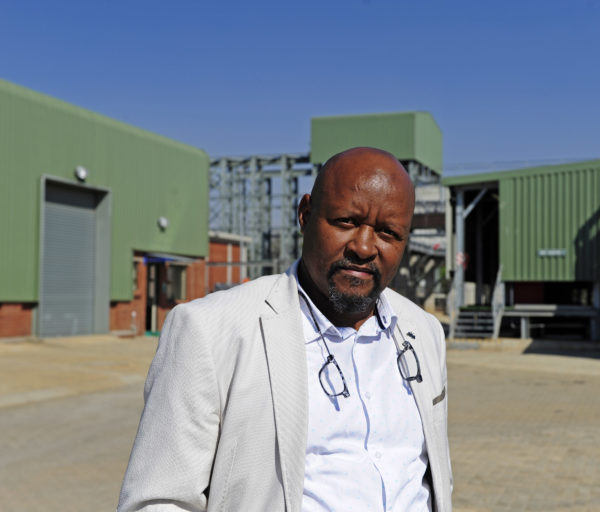 The re-election of the African National Congress’ Mxolisi Kaunda as eThekwini mayor has not been without controversy as allegations of exchanged brown envelopes have surfaced.

Kaunda retained his mayoral chain on Wednesday after getting 113 votes, beating the Democratic Alliance’s Nicole Graham’s 104.

The ruling party’s fate took a dramatic turn on Wednesday after smaller parties, represented by Philani Mavundla of the Abantu Batho Congress (ABC), on Monday vowed to vote it out of the city, but they supposedly changed their minds on Wednesday.

Mavundla was elected deputy mayor of the city with 113 votes, beating the IFP’s Mdu Nkosi’s 104.

Speaking to Newzroom Afrika following the results, the DA’s Dean Mcpherson speculated on what may have transpired after the party caucused outside with the smaller parties with a clear mandate to remove the ANC from power, only for those parties to vote with the ruling party.

He suspected that brown envelopes may have been exchanged to secure votes in the city.

Speaking to the news channel, Mavundla said no money was exchanged between parties, adding that voting with the DA just did not make sense to a black South African.

“Let’s face the facts, how much would it cost to buy me? I’m not too sure. I was not offered money. Let’s look at it this way, we’ve got 18 smaller parties. The first issue is that, on the other side, if we vote with the DA we’re saying we want a DA mayor in Durban. We’ve been oppressed since 1652, we need to remember that. As we speak right now the natives don’t own nothing in South Africa. To turn around and say I must vote with the visitors to be mayor in my own home, I’m not sure if that’s a wise move.”

ANC KZN spokesperson Nhlakanipho Ntombela also denied the allegations that money was exchanged to secure the votes, calling on critics to bring evidence of corruption if there was any.

He told the channel: “The ANC engaged smaller parties and they accepted that the ANC can better govern in eThekwini. There’s no evidence of that. If there is evidence of corruption, present it. There were party observers and the IEC in the venue. If the brown envelopes did circulate, are you saying the IEC and party agents saw it and did nothing?”

This as the National Freedom Party (NFP) maintains it took a political stand.

“We took a political stand that says who got more votes? It was not a matter of supporting the ANC. It’s not about the ANC but the will of the people. It doesn’t mean that we’re agreeing with everything that will take place; there will be positive criticism on everything. At the end of the day, people must get service delivery. We want credible leadership regardless of the party they belong to. The people of eThekwini said they were not going to give one party the majority votes, so what happened here is the will of the people,” said the party’s councillor.

Earlier in the day, the ANC in the province slammed a video showing the province’s former mayors “allegedly celebrating the loss of the ANC in some municipalities”.

Reports on the video speculate that former mayors were celebrating the decline of ANC support in the recent local government election.

“Unfortunately, the video was recorded after the mayoral interview on Ukhozi FM back in 2017. Some of the comrades in the video are no longer representing the ANC as mayors; this is undoubtedly an old video with the intention to sow unnecessary division within the liberation movement,” said the party in a statement.

“No member of the ANC could celebrate the decline of support of the organisation. We are disappointed since not only the practice of circulating incorrect information to the media is unethical, but it also demonstrates a dangerous practice and a plot by those bent on destroying the ANC. We, therefore, condemn the motives of any person – whether within or outside the ANC – who saw it fit to disseminate such a devious video,” said Ntombela.