He may have been barred from the ANC's birthday party, but don't think Magashule doesn't still have support. 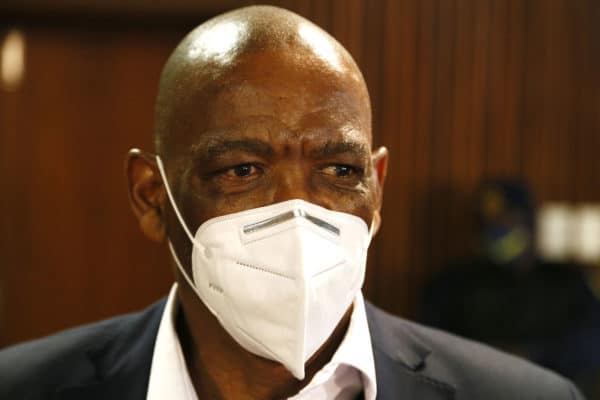 He may appear to be in a political wilderness – on Saturday marking his party’s first January 8th statement celebration without him – but suspended ANC secretary-general Ace Magashule has been hard at work to win grassroots support, if the aborted invitation to him by the Sumbandila branch in Limpopo is anything to go by.

Although political analysts concede that President Cyril Ramaphosa is set to retain his position as party head at the ANC’s next national elective conference, manoeuvres by Ramaphosa’s detractors, who include Magashule, indicate that the Jacob Zuma-Magashule axis is determined to regain lost power.

Since being suspended last May from the day-to-day running of ANC affairs – in line with tougher rules against party members facing corruption charges – Magashule has been absent from the public and media spotlight.

But this week’s ANC disapproval of an invitation to Magashule by its Sumbandila branch was seen as the first step to silence one of Ramaphosa’s fiercest rivals.

In a letter written by ANC Vhembe regional secretary Rudzani Ludere to Sumbandila branch chair Fistos Mafela, the branch was ordered not to go ahead with the invitation to Magashule.

Part of the letter read: “The national executive committee [NEC] meeting held in May 2021 resolved to suspend comrade Ace Magashule.

“The NEC further resolved that the secretary-general is not allowed to attend organisational activities or represent the ANC in any activities.”

According to Ludere, Magashule was to visit the branch “to hand over soccer kits”.

“We told the branch leaders they can hold such a function without the suspended secretary-general,” said Ludere.

“If they continue with this, there will be consequences. We will charge them and take them through the disciplinary process,” he warned.

Analyst and research director at the University of South Africa Prof Lesiba Teffo said: “Magashule and [his allies] are not out of the ANC – not expelled from the party.

“Defiance will continue to characterise some of the activities of the ANC, given they are a divided and factionalised lot.

“The situation is extremely fluid and political support in this space is often informed by ‘what is in it for me’.

“The Sumbandila branch leaders can claim ignorance or they could also be in defiance.”

Despite the suspension, Teffo said Magashule would continue “to do political groundwork to advance his interests – rightly so”.

“He is currently hedging his bets in launching his campaign. Nobody can say he should not interact with ANC branches. He is just not allowed to participate in branch activities.”

University of Pretoria politics lecturer Roland Henwood said: “There has been serious pushback so far and we may see more of that from Ramaphosa detractors. The plan for Magashule to visit branches means he has not gone away – but is tagging along.

“There are people providing him and others in his faction with a platform. Magashule has not given in after the suspension and has said so himself. The only thing putting him at a disadvantage to make a comeback is the longer his suspension takes.”