The outcome of the country's biggest ANC branch will set the tone of the upcoming provincial conference. 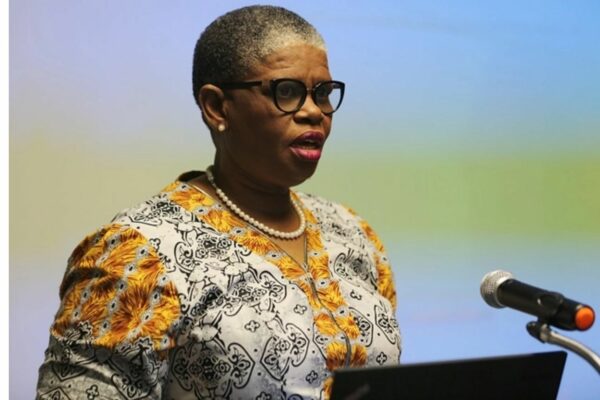 Former eThekwini mayor Zandile Gumede is vying for chairperson position at the regional conference that got underway on Friday, despite corruption charges hanging over her head.

eThekwini is the biggest region in the country in terms of membership and branches. It has 111 branches and over 50,000 members.

The outcome of the contestation between Gumede and council speaker Thabani Nyawose will set the tone for the upcoming provincial conference.

Gumede is aligned to the RET (radical economic transformation) while Nyawose is supported by Premier Sihle Zikalala.

However, disputes emerged over branches that didn’t quorate ahead of the conference.

Although 85 branches were certified to be in good standing and therefore quorate to hold a conference, some complained that meetings were not properly constituted.

Despite everything else, all eyes were on eThekwini, said University of KwaZulu-Natal political analyst Professor Bheki Mngomezulu.

He said the ANC came up with the step-aside rule having not considered possible difficulties down the road.

“The party leaders are sending conflicting messages. After what happened in Mpumalanga [when murder-accused Msibi was elected treasurer], the reality is that they cannot turn around and sing a different tune to other provinces, that will further divide the organisation,” he said.

The payments all took place while Gumede was still the mayor, and were not disclosed to the municipality as required by law.

Party provincial spokesperson Nhlakanipho Ntombela said those nominated, such as Gumede, are not guaranteed winners at the conference.

“That process of who qualifies will be led tomorrow, only then will we be able to say what the outcome will be.

“If it so happens that she is nominated, she [Gumede] is has already stepped aside and wont be part of the conference,” Ntombela told news channel eNCA.

He said at least seven leaders in the region members had stepped aside, and won’t be inside the venue.

“If they want to contest, they will have to write a letter,” he said.