The ANC’s Musa Dladla region in KZN wants a special national conference to repeal parts of the party's step-aside rule. 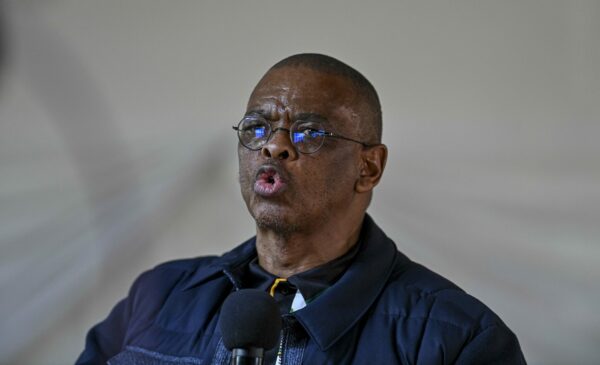 The call by the ANC’s regional leaders in KwaZulu-Natal for the governing party to convene a special national conference to repeal parts of the ANC’s step-aside resolution, could be suspended secretary-general Ace Magashule’s way back in from the cold.

This is the opinion of political analyst Dr Dale McKinley, who weighed in on Magashule’s remarks about standing for nomination at the ANC’s upcoming national elective conference in December, if he is nominated by branches.

Speaking to the media on Friday, on the sidelines of his court appearance in Bloemfontein, Magashule said he would accept the nomination even though he was asked to step aside last year due to his corruption trial.

“When I’m nominated I can assure that I’m going to stand … whatever they nominate me for.

“Charged or not charged, I’m going to stand if nominated because I was elected by branches,” he said.

Speaking to The Citizen McKinley said there was a real possibility that Magashule was pinning his hopes on the petition by the ANC’s Musa Dladla region.

The region wants the mother body to hold a special conference to deliberate on the step-aside resolution, before the ANC’s elective conference in December.

“I would certainly say that would be the last chance for the [radical economic transformation] RET faction and Ace Magashule because I don’t think he has another card up his sleeve,” McKinley said.

The ANC’s step-aside rule was adopted at the party’s 54th national conference in 2017, and it requires party members who are criminally charged to voluntarily step aside pending the conclusion of their cases.

McKinley said the ANC resolution was the “Achilles’ heel” in Magashule and his faction’s bid to see him reinstated as the party’s secretary-general.

The rule was tightened by the ANC’s national executive committee (NEC) in April, to explicitly bar those who had stepped aside from contesting leadership positions during the party’s elective conferences.

This followed the election of eThekwini chairperson Zandile Gumede and Mpumalanga provincial treasurer Mandla Msibi, who both have pending criminal cases in the courts.

McKinley said the NEC was unlikely to accede to calls for a special conference by the Musa Dladla region, but anything was possible in the ANC.

“With the factional battles in the ANC, clearly anything goes. For this, they’ll try everything in the book because the step aside rule is clearly the Achilles’ heel for that particular faction. It doesn’t just affect Ace Magashule; it’s a whole range of people potentially,” McKinley said.

“I would suggest that there is a possibility, and if one looks at the balance of power at the moment in terms of the ANC, I wouldn’t bet on that happening. But then, anything in the ANC is possible,” he added.

During his court appearance at the Bloemfontein High Court, Magashule accused the National Prosecuting Authority (NPA) of fighting political battles ahead of the ANC’s conference in December.

He told the court the delays in getting his corruption trial underway negatively impacted his political career.

“It is a deliberate move by the NPA. I’m a politician [and] we’re going to a national conference in December. I will argue that I’m not guilty of anything.

“I have not stolen a cent and it is a deliberate move to prevent me from standing as a leader of the ANC because in December we have a conference,” Magashule said.

“It would be premature for us as the ANC to want to comment about that because it’s a matter that is before the courts,” Mabe said.

Magashule and his co-accused – 10 individuals and five companies – face more than 70 charges including theft, corruption, and money laundering in connection with the R255 million Free State asbestos scandal.

The case was postponed to 23 September 2022 for pre-trial proceedings.

NOW READ: Magashule fails to have corruption charges against him dropped