Although the organisers suspended their planned march to Sandton, some parts of Alexandra continue to be affected by blocked roads and irate protesters. Police say they have arrested 11 people in connection with the protests in Johannesburg’s Alexandra township, eNCA reports.

A community meeting has apparently been planned for tomorrow at 10am, with residents continuing with their calls for Johannesburg executive Mayor Herman Mashaba to address them.

The metro police were seen cleaning up tonnes of rubble on the streets of Alexandra on Thursday morning after the #AlexTotalShutdown protests, which flared up on April 3, reports Alex News.

According to the latest reports, one of the organisers of the protest, Sandile Mavundla, has called on protesters to disperse.

Although the organisers suspended their planned march to the city of Johannesburg Region E offices in Sandton on Daisy Street, pending a community meeting on April 8, some parts of Alex are still being affected by the protest action.

The postponement was due to Mavundla receiving information on Wednesday evening indicating that private security guards had been hired to attack protesters and disrupt demonstrations. Schoolchildren returned back home at around 9am when protest action resumed, with reports of parts of Alex being blocked by protesters. This included residents of 17th Avenue and Vasco Da Gama Street, who blocked the streets with burning tyres. 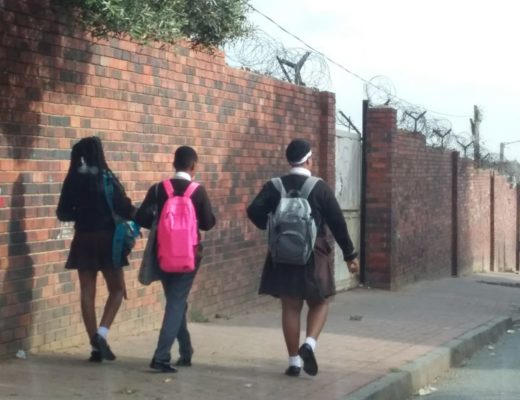 Alexandra residents protested among other things, poor service delivery, empty promises from the new administration and the high crime levels. Residents wanted Mashaba to receive their grievances, as they refused to be addressed by MMC for public safety Michael Sun, who visited the area as the mayor was unavailable.

During the protests on Wednesday, there was a heavy police presence as they fired rubber bullets to prevent the protesters marching onto the N3 highway, while businesses and schools shut their doors.

Due to the suspension of any further protest action, schools and business have returned to normal.