A serious problem is water supplies, which residents allege are deliberate because there are officials cashing in on water tanker contracts. 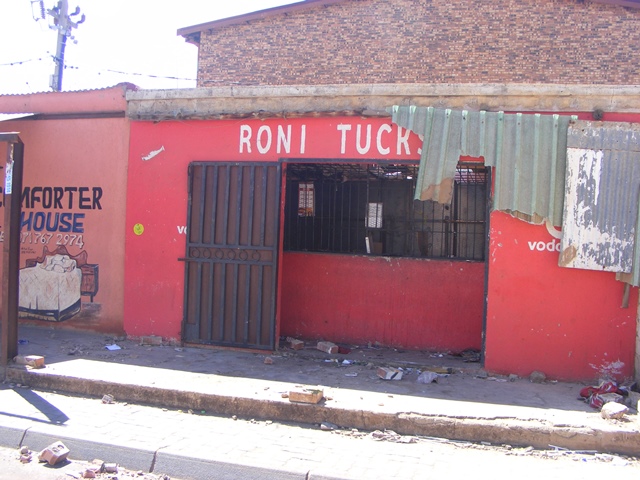 A number of shops were damaged and looted during a service delivery protest in Kwaggafontein in Mpumalanga, 17 April 2019. Picture: Balise Mabona / ANA

The ANC’s top brass in Mpumalanga will today engage the residents of the Thembisile Hani local municipality, against the backdrop of violent service delivery protests sweeping across the country.

Last week, residents of Kwaggafontein in the municipality went on a rampage, blocking Moloto Road (R573) and torching social development offices and vehicles.

The protests, sparked by lack of water, have since spread to the neighbouring Dr JS Moroka Municipality’s Watervaal and Machiding villages, where three municipal vehicles were torched and other equipment damaged.

A local businessperson, who refused to give his name, said residents stormed the municipal garage in Marothobolong.

“They made the security guards choose between allowing them to burn the vehicles and themselves being burnt. The guards allowed them in to destroy what they wanted before leaving,” he said.

Mandla Ndlovu, acting chairperson of the ANC in Mpumalanga, said today’s meeting was to get specifics of the issues raised by residents, but acknowledged that the complaint about water was genuine.

“The areas have specific problems with water and we are going to be responding to those issues.”

An ANC source in Emalahleni said there was a serious water crisis in large parts of Mpumalanga, although some problems were deliberate because there were officials cashing in on water tanker contracts.

He said that in some cases, infrastructure was deliberately neglected or tampered with so that there was a need for the mobile distribution of water.

“People are beginning to see what is really happening because they would be without water for months but once there is a protest, suddenly there is water.

“People are not stupid and they are fed up,” he said.

The protests are set to spread, with action planned outside the municipal offices of Siyabuswa and Moteti and part of the Moloto Road on the border of Mpumalanga and Limpopo today.

The municipality’s communications manager, Masabata Ramatsetse, said she had heard about the damaged property but said the head of that department must officially confirm it.