According to the Polokwane Municipality, traffic officials, as well as police, are currently on the scene to divert traffic.

Motorists travelling in and out of the city of Polokwane will have to use alternative routes, as Great North Transport (GNT) bus drivers have parked in major intersections and abandoned their buses, blocking motorists, reports Polokwane Review.

Three main roads in the CBD have been affected as a result.

The buses are parked in Landdros Maré Street across the intersections of Jorrisen, Grober and Thabo Mbeki Streets. 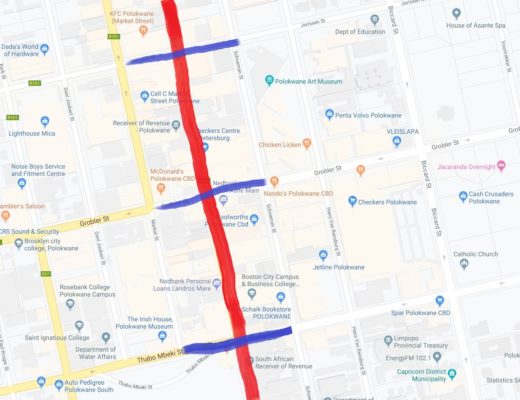 According to the Polokwane Municipality, traffic officials, as well as police, are currently on the scene to divert traffic.

ALERT | Landros, #ThaboMbeki, Grobler and other major streets in Polokwane CBD are closed. Streets are blockaded with buses from #GreatNorthTransport. It is understood that the drivers parked the buses in the intersections and left. Police and traffic officials are on the scenes. pic.twitter.com/vgjUibQICN