The payments will be issued in different categories within seven days of the signage of the agreement. 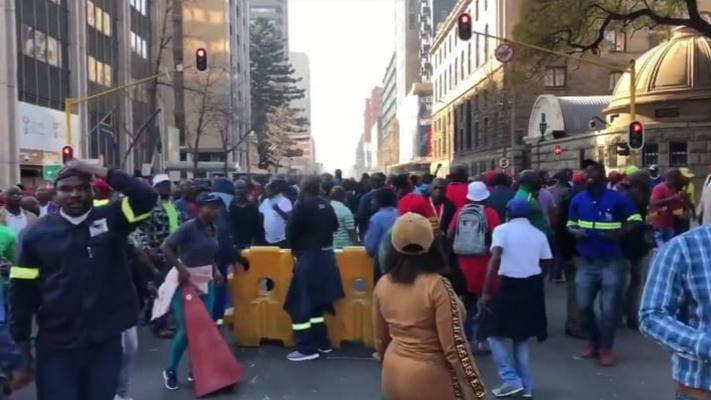 After a week of chaos and disruption in the City of Tshwane, the South African Municipal Workers’ Union (Samwu), Independent Municipal Allied Union (Imatu) and the City have reached a settlement agreement.

The agreement, however, was not in favour of the increase for which the municipal workers were calling. Workers affiliated to the unions embarked on an unprotected strike on Monday demanding an 18% pay increase, backdated to 2017.

They claimed that the increase was given to group managers and executive directors in the City’s administration. The city was on gridlock for two days as the members hijacked buses from depots and parked them at main entrances to the capital, causing chaos in traffic flow.

Negotiations had not been successful for three days, but after Thursday’s negotiation, which took the entire day, an agreement was reached. According to the agreement between workers and the City, which News24 has seen, parties agreed that the implementation of increases for section 56 group heads and divisional heads, which was used to allow increases for top management, be suspended until the completion of a benchmarking exercise.

The parties agreed that a task team consisting of representatives from the City and unions conduct a benchmarking exercise on the pay scale of other metropolitan municipalities to develop pay scales for the city.

The agreement also states that the City has agreed to pay workers a gratia equalisation payment based on their current basic salary.

The parties agreed to discontinue the week-long strike in order to stabilise and carry out service delivery that was on hold for the week. The City announced in a statement on Thursday night that it would hold a media briefing on Friday afternoon regarding the outcome of talks.

Eswatini nurses shot during protests: union
1 day ago
1 day ago

Eswatini nurses shot during protests: union
1 day ago
1 day ago