EFF spokesperson in KZN Chuma Wakeni released a statement on Wednesday calling for calm in the city. 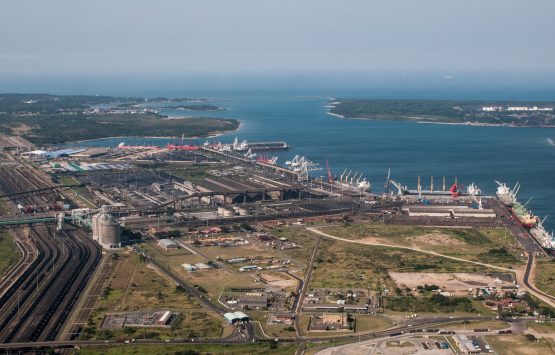 The Port of Richards Bay in Northern KwaZulu-Natal has been earmarked for a new multi-billion rand LNG terminal. Picture: Supplied.

In its third day of protests, the KwaZulu-Natal city of Richards Bay was fraught with violence as taxi drivers called for drug peddlers and criminals to be marched out of the community on Wednesday.

The protesters, many of whom were taxi drivers, blocked main roads.

Police spokesperson Colonel Thembeka Mbele said they were on the scene to calm the situation.

Speaking to News24, a taxi driver of five years said the shutdown of the industrial city began two weeks ago after a woman in the area was raped.

“She was being raped by drug users and peddlers. A security guard saw this and they attacked the guard, mutilating his eyes.”

Police did not immediately respond to comment on the incident.

The taxi driver, a father of two, said his colleagues rallied together to rid the community of known criminals.

“We want justice. There were no arrests after that incident. No communication. Nothing from the police or anyone else. Our community is being affected. We have children and families. We do not want our loved ones to go through this.”

Several drivers have been arrested for the violent protests.

“We will continue to protest. People are dying in front of our eyes. We will no longer stand for this,” said the protesting taxi driver.

EFF spokesperson in KZN Chuma Wakeni released a statement on Wednesday calling for calm in the city.

Wakeni said he made submissions to the provincial legislature calling out vigilante groups. He said the protests were criminal acts disguised as community protests.