We have a confused minister, striking truckers say

One of the truck drivers who fell victim said the protesters took his keys and wallet. 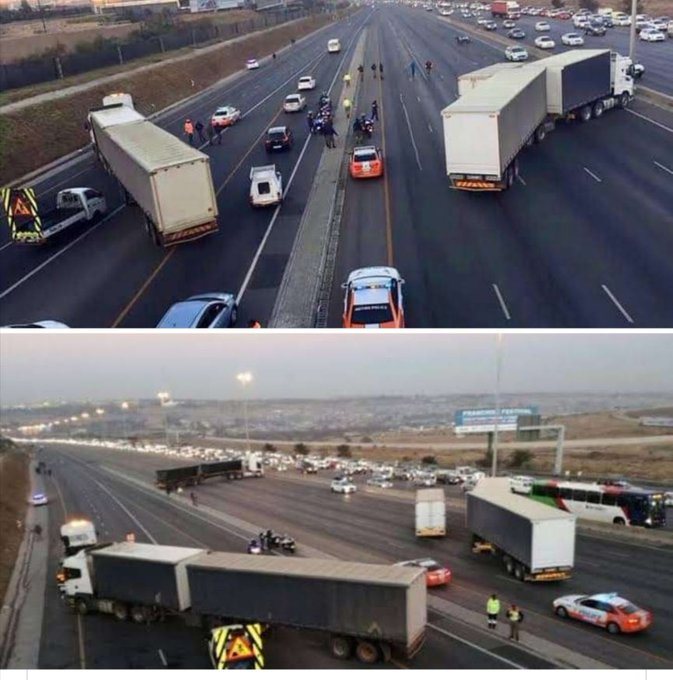 We have a confused minister who expects a document to outline the next step in the fracas between local and foreign national truck drivers, says All Truck Drivers Foundation (ATDF) secretary-general Mandla Mgomezulu, who has downed tools demanding action from government on the employment of foreign nationals.

Mgomezulu says the minister of transport appears to be confused, as foreign nationals by law should only be brought in under certain circumstances.

“How will we work if the foreign nationals are prioritised?

“Locals remain unemployed but foreign nationals are out driving trucks.”

The foundation is calling on stricter measures by government in dealing with the employment of foreign nationals.

Mgomezulu confirmed they had been in talks with government over certain issues of their grievances.

Truckers are out in their numbers urging government and the private sector to prioritise locals.

While urgent efforts are under way to extinguish the drivers’ protest, a video of a truck burning has surfaced on social media.

A reader has just sent us this footage, which he says was shot on the N3. Apparently the truck was set on fire as part of the mass action by truck drivers. pic.twitter.com/6kIDS3iqjE

One of the truckers who fell victim to protesters says they took his wallet. Another said he ran for his life after the protesters stopped his truck.