One of the protesters' demands includes UIF relief funds for April, May and June. 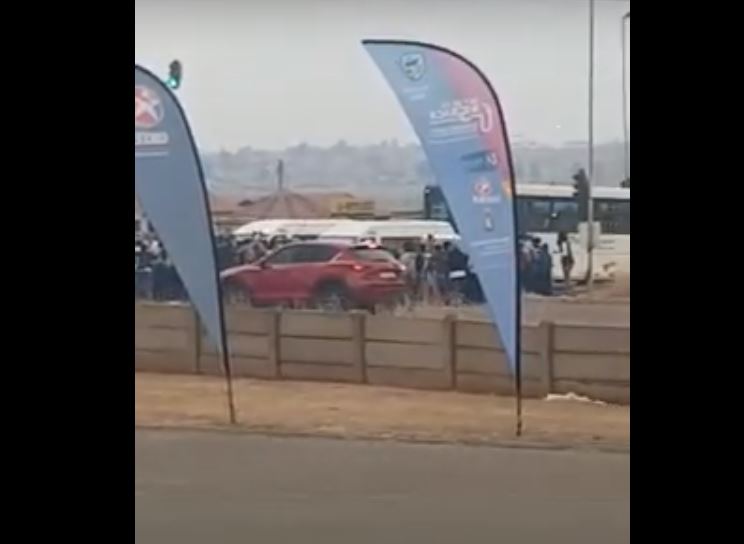 Protesters closed off the main roads to town from Osizweni and Madadeni, KwaZulu-Natal on Monday morning, expressing frustration about the alleged ill-treatment of employees at some factory shops in the industrial area.

The Economic Freedom Fighters (EFF) led a protest in Newcastle which led to delays in motorists getting to work and has resulted in police presence in order to control protesters.

Thwala said the protesters were demanding fair treatment by employers.

“We are tired of the ill-treatment by employers at factory shops. Employees are expected to sleep there and they are not paying attention to the Covid-19 virus, that workers might contract in their numbers.

“UIF relief funds have also never been received by employees. Where did that money go? We are tired of fighting the same issue with these factory owners, exploiting our brothers and sisters just because they need jobs.

“Workers are paid R290 per fortnight, which is ridiculous!”

By around 7.20am, there was a report of one incident of stone-throwing. This comes after calls for protest action by a group called Gatvol Capetonian.

Gatvol Capetonian, which is a self-described pressure group, said it would shut down the city in an attempt to highlight the plight of backyard dwellers.

In a statement on its Facebook page, the group said it shut Cape Town down in August 2019 and would do the same on Monday because nothing had been done to improve the lives of backyarder dwellers.

“Over the past year, our situation has gotten worse and we are nowhere near a solution. People are still being evicted and thrown to the streets during this time of natural disaster, with no concern for their health and safety,” the statement read.

“We will keep shutting down until we are heard and until [action] is taken in alleviating the above issue.”

This article first appeared on Newcastle Advertiser and was republished with permission. Additional reporting from News24 Wire.