Residents call for Okhahlamba speaker to be sacked amid rape allegations

A young woman who accused the speaker opened a rape case at Bergville police station. 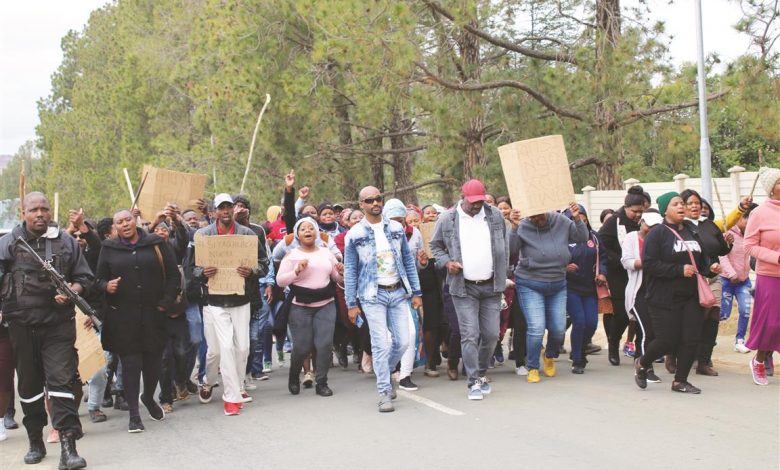 Bergville residents have demanded the removal of Okhahlamba Local Municipality speaker Sthembiso Zulu following a protest on Monday, 12 October, after police opened a second investigation into allegations of rape against him .

On Thursday, a young woman who accused the speaker of raping her, opened a case at the Bergville police station.

It is alleged this incident happened when she was only 14 years old. The teenager fell pregnant.

In an exclusive interview with the Ladysmith Gazette, the young woman confirmed she had opened a rape case against the speaker.

“Opening a case against him was enough. I’m speaking out, I am not looking for fame because all I want is justice for myself,” said the young woman.

KZN Department of Cooperative Governance and Traditional Affairs (Cogta) spokesperson Senzo Mzila said they made it clear Cogta does not comment on matters before the courts.

Okhahlamba  mayor Mlungisi Dlangisa said they only became aware of this matter on Monday at the protest organised by the uBumbano Lokuthula Organisation.

The mayor responded by referring to another case the speaker had previously faced, but the charges were dropped when the girl admitted to being his girlfriend.

“We are aware that a certain official is facing rape allegations. After last week’s protest, we did call the official and he said he was dating the girl.

“This was also confirmed by the police and court, as they are also aware of the case.

“As of now, I cannot comment any further, as I first need to have a meeting to confirm the name of this official.

“As of now, I am not obliged to name anyone. I got a call from East Coast Radio, asking about an official facing rape charges in Okhahlamba and I told them the same thing.”

This article first appeared on Northern Natal News and was republished with permission.

IN PICS: Environmental defenders descend on Sasol AGM
5 days ago
5 days ago

'Do the right thing': Organisations renew call for Miss SA to ditch Miss Universe pageant
5 days ago
5 days ago

IN PICS: Environmental defenders descend on Sasol AGM
5 days ago
5 days ago

'Do the right thing': Organisations renew call for Miss SA to ditch Miss Universe pageant
5 days ago
5 days ago