Premier David Makhura's briefing on the unrest in Gauteng was put on ice as he attended to a deadly scene at Ndofaya Mall in Meadowlands. 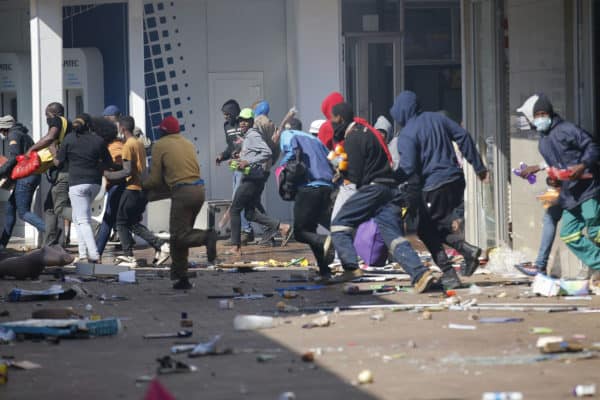 As many as 10 people died in a stampede at a shopping mall in Meadowlands, Soweto, on Monday.

This was revealed by Gauteng Premier David Makhura on Tuesday as violent protests continued in parts of the province.

“Just here in Meadowlands at this shopping mall [Ndofaya Mall] 10 people died after a stampede yesterday [Monday] late afternoon. They were discovered by the police at night,” said Makhura.

“In this very same area, another person died in another looting which takes the number to 11.

“Just before the president’s address last night [Monday] we had less than 10 deaths, but as at this moment we have 18 deaths in the province, including a police officer who died in Ekurhuleni which takes the number to 19,” the premier said.

As rotesters clashed with security forces in several areas of in KwaZulu Natal and Gauteng with looters ransacking shopping malls as frustrations over poverty and inequality boiled over in to the country’s worst unrest in years the death toll rose to 46 as at Tuesday afternoon.

Many of the fatalities took place in KZN with the provice accounting for 26 in total.

“Yesterday’s events brought a lot of sadness. The number of people who have died in KwaZulu-Natal alone stands at 26. Many of them died from being trampled on during a stampede while people were looting items,” said KZN Premiet Sihle Zikalala.

Police Minister Bheki Cele said that law enforcement was working to ensure the violence and looting did not spread further, but they stopped short of declaring a state of emergency.

“No amount of unhappiness or personal circumstances from our people gives the right to anyone to loot, vandalise and do as they please and break the law,” said Cele.

Cele said 757 people had been arrested so far on Tuesday. He said the government would act to prevent the violence from spreading further and warned that people would not be allowed “to make a mockery of our democratic state.”

Cele also reavealed that Police have managed to made 12 important arrests believed to be the masterminds behind these protests.

State of emergency not yet necessary

Defence Minister Nosiviwe Mapisa-Nqakula, said she did not think a state of emergency should be imposed yet.

The violence was triggered by the jailing of former president Jacob Zuma as his supporters took to the streets last week, but the situation has since snowballed into an outpouring of anger over persistent poverty and inequality in the country 27 years after the end of apartheid. 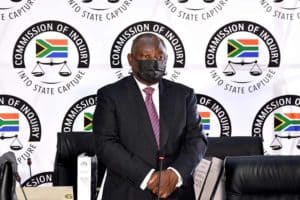 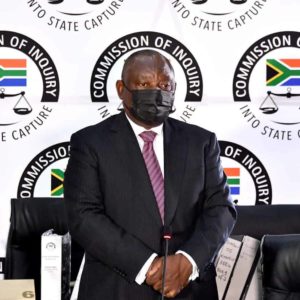