Committee to Protect Journalists has called on the police to thoroughly investigate the attacks on journalists and community radio stations. 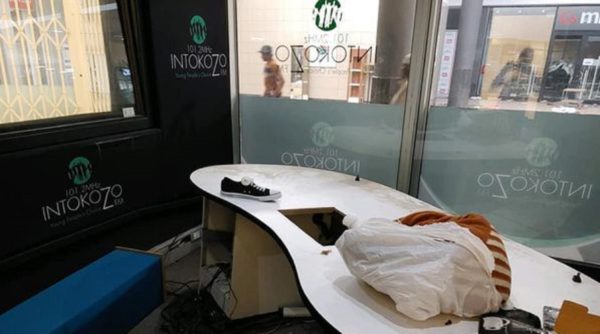 Intokozo FM in Durban was vandalised amid ongoing looting and rioting in KwaZulu-Natal. Picture: Facebook.

The Committee to Protect Journalists (CPJ) has called on South African authorities to thoroughly investigate the attacks on journalists and community radio stations amid ongoing looting and rioting in parts of Gauteng and KwaZulu-Natal in recent days.

According to CPJ, which promotes press freedom worldwide, at least four community radio stations were attacked and looted since social unrest broke out in the provinces following protests over the jailing of former president Jacob Zuma.

The radio stations are Alex FM in Alexandra, Johannesburg, Mams Radio in Mamelodi, northeast of Pretoria,
West Side FM in Kagiso in the West Rand, and Intokozo FM in Durban.

CPJ Africa programme coordinator Angela Quintal condemned the attacks on the local media outlets and journalists covering the story and called on police to swiftly investigate the crimes.

She said the rioting and civil unrest is the country’s biggest news story and the media should be free to cover it without fear of assault in order to keep the public informed.

“Even while they are engaged in stopping rioting and looting, law enforcement agencies cannot turn a blind eye to how journalists are being attacked and threatened while doing their jobs and must ensure that those who do so are held to account,” Quintal said in a statement.

The death toll from the ongoing riots in KwaZulu-Natal and parts of Gauteng has risen to 72, with a total of 1,234 people arrested.

Alex FM (89.1 FM) station management launched an investigation after the community radio station was vandalised and looted in the early hours of Tuesday morning. The station remains off the air indefinitely.

Alex FM station manager Takalani Nemangowe said the studios were destroyed and state of the art equipment stolen. Nemangowe estimated the damage to be around R5 million.

READ NEXT: DA to lay charges against Zuma-Sambudla and Malema