Ramaphosa recants ‘ethnic mobilisation’ as being behind unrest in KZN, Gauteng

The president was criticised by some quarters of society for saying the unrest in parts of KZN and Gauteng was fuelled by 'ethnic mobilisation'. 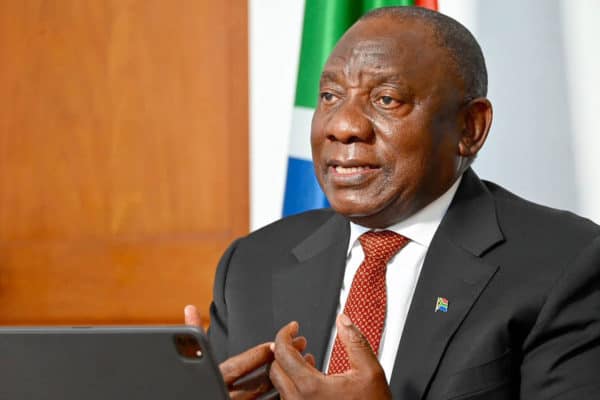 President Cyril Ramaphosa on Friday backtracked on his remarks that some of the acts of violence seen in parts of KwaZulu-Natal and Gauteng in recent days were based on “ethnic mobilisation”.

“As we looked and listened to what is being said in voicemails, they were suggestions that some of the instigators were using terms that seemed to appear to be ethnic mobilisation.

“Later, we then analysed the situation with all our leaders and we came to the conclusion that ‘no, this is not about ethnic mobilisation’, much as at the beginning it seemed to appear like that,” Ramaphosa said.

ALSO READ: ‘We are going after the instigators of violence,’ says a bullish Ramaphosa

The president was speaking to the media during an oversight visit to KwaMashu in Durban to access the impact of the devastating violence in KZN.

On Sunday, Ramaphosa was criticised by some quarters of society for saying the unrest in parts of KZN and Gauteng was fuelled by “ethnic mobilisation”.

He told the nation during a televised address that “some of these acts of violence are based on ethnic mobilisation”.

But on Friday, Ramaphosa told reporters the violence was clearly planned in advance by instigators and that law-enforcement agencies would pursue the masterminds behind the unprecedented public violence.

“Right now we are dealing with a situation that goes beyond ethnic mobilisation… but I’ve also said the criticism against even me for having suggested ethnic mobilisation I see it in a positive light because it means that as South Africans we are disavowing any notion of ethnicity,” he said.

The violence that led to the looting of shopping malls and other stores in KZN and Gauteng has claimed more than 100 lives, with over 2000 people arrested.

The unrest was initially sparked by protests in KZN last Friday by supporters of former president Jacob Zuma, who called for his release from Estcourt Correctional Centre.

ALSO READ: Zuma camp’s plan to burn its way back to power

The Constitution Court in June sentenced the 79-year-old former president to 15 months in jail for contempt, after he disobeyed orders to appear before the Commission of Inquiry into Allegations of State Capture.

Government confirmed on Thursday that one of the 12 suspected instigators behind the public violence had been arrested.

Ramaphosa also confirmed that more South African National Defence Force members would be deployed to assist police in their operations in KZN and Gauteng.

“We are rolling out our security forces. 25,000 soldiers are now being rolled out. And in a short space of time, they would have flooded the entire province and Gauteng,” he said.

Ramaphosa on elections: Without accountability, trust in gov is broken
56 mins ago
56 mins ago
PREMIUM!

Ramaphosa on elections: Without accountability, trust in gov is broken
56 mins ago
56 mins ago
PREMIUM!