DUT to reopen campuses on Wednesday after violent protests

The Steve Biko, Ritson and ML Sultan campuses are expected to reopen on Wednesday under strict security and police guard. 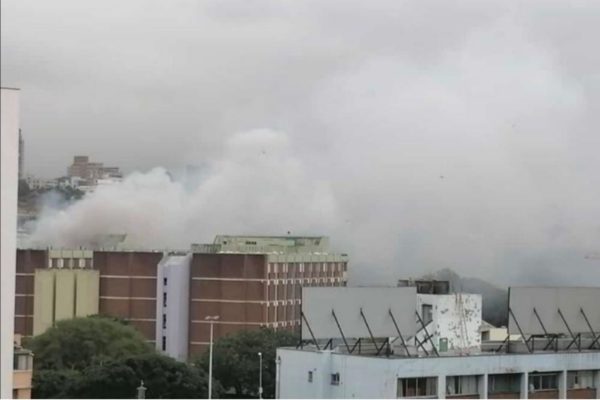 Durban University of Technology (DUT) says it will reopen three of its campuses after protest action, allegedly by the EFF-lead student representative council (SRC), led to the shut down of the Steve Biko, Ritson and ML Sultan campuses on Monday.

The three campuses remained closed on Tuesday, but the other four campuses are still operating.

DUT said it would reopen the campuses on Wednesday under strict security and assistance from the South African Police Services (Saps).

The university has urged Saps to take action against those who have destroyed university property.

Media reports in Durban say the SRC accused the institution of neglecting the students’ needs for far too long.

“We are tired of our pleas falling on deaf ears. The protest aimed to show university management the students’ anger and demanding action,” The Mercury reported.

The SRC said there were “several issues” with the university, including that some students had not received allowances for over two semesters, despite funding approval.

While others are still waiting for learning devices and exams are now underway, the student body said.

The SRC further accused DUT of not communicating with them.

“Students have been trying for a long time now to be heard. We have visited all relevant departments throughout the year. Still, we are always met with the same response and are told that the institution functions under DUT policies,” the SRC told The Mercury.

Videos on social media show smoke filling the horizon over the DUT campus. One user tweeted: “Steve Beko [sic] Campus is burning at Durban University of Technology (DUT). The SRC led by EFFSC [EFF Student Command] is telling students to vacate the premises as they protest for Nsfas [National Student Financial Aid Scheme] students who did not receive their allowances.”