The team of specialists would cost R810,000 for a month’s work, excluding repair work that would need to be done. 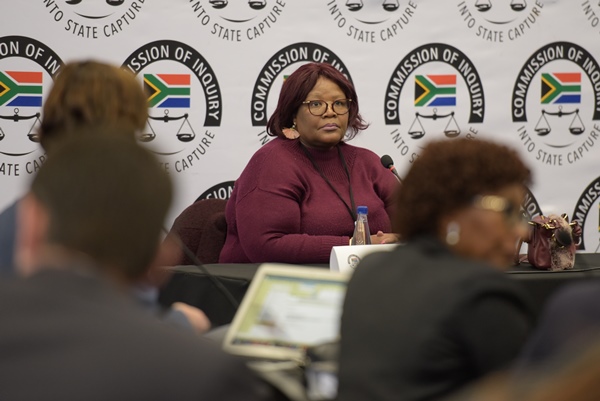 Erna Wiese, a department of public works (DPW) architect, told the commission of inquiry into state capture on Thursday that a team of specialists would be needed to conduct a thorough probe of the Gupta residence in Saxonwold to identify the features of the house former ANC MP Vytjie Mentor described in testimony.

This comes after Wiese told the commission that the “team of experts” from the DPW, which was part of the contingent that conducted an “in loco” inspection of the residence, could not find any of the features they were briefed to identify at house number five, Saxonwold – the Gupta residence.

Wiese says the inspection team could not find any of the features they were briefed to look for at house number five. #StateCaptureInquiry

Wiese said the team of specialists would include an architect who could do historical mapping, an engineer, paint expert, and a material conserver at a cost of R810,000 for a month’s work.

This amount, however, excludes the repair work that would need to be done on the building after the probing by the experts, Wiese said.

Ahead of the short adjournment, Wiese told the commission that Mentor could not “immediately” identify the Gupta residence during the “in loco” inspection on December 3 last year.

READ MORE: Mentor could not ‘immediately’ identify the Gupta residence during ‘in loco’ inspection

Mentor testified at the commission last year that she visited the residence in 2010 when she was allegedly offered a ministerial position by one of the Gupta brothers.

However, one of the Gupta brothers, Ajay, claimed that Mentor’s description of the Gupta’s house, inside and out, had been incorrect, which prompted for the inspection.

The commission’s legal team sought the insight from the “team of experts” from the DPW because it held the view that the residence may have changed from the time Mentor testified she had visited it to date, evidence leader, advocate Mahlabe Sello said.

Features which the team from the DPW could not identify or found to have been different were:

“We could not identify a column in the middle of the room,” Wiese said, adding that Mentor asked several questions regarding the house’s foyer and surrounding areas.

Mentor could not also point out where the pillar should have been in the instance that it had been removed, Wiese said.

The DPW team also could not identify where a pillar could have been, Wiese said, adding that visual clues suggested that the area – foyer – was not changed recently, she added.

“If you remove that column you would replace it with something else,” Wiese said.

Wiese conceded that without the plan of the house the team faced difficulty with completing its visual inspection.

Wiese said during the inspection Mentor commented that she could not recollect the garage on the left-hand side of property number five, among other features identified inside and outside of the house, requesting that specialists should be tasked with investigating if any work had been done on the property since 2010.

However, Wiese said one aspect of the house correlated with Mentor’s recollection, which is the kitchen down the left-hand passage from the foyer.

Mentor testified that a chef had come down that passage to the room in which she sat in 2010.