The commission's chair says Moyane's application to cross-examine Gordhan should be finalised and a date set.

Nine volumes of documents and statements from the National Assembly’s portfolio committee on public enterprises’ report on Eskom dated November 28, 2018, were placed before the chairperson of the commission of inquiry into state capture, deputy chief justice Raymond Zondo, on Thursday.

These will be used in the coming weeks as the commission turns its focus on Eskom.

Placing the documents before Zondo, Advocate Thandi Norman said some persons implicated in the portfolio committee report had also been implicated in evidence before the state capture inquiry and that “notices” had been sent to them.

They also include submissions from Eskom’s provident and pension fund relating to Molefe’s R30 million pension payout from the power utility.

A full bench of the high court in Pretoria instructed Molefe to return R10.3 million in pension benefits which he received following his departure from Eskom in November 2016.

In April last year, The High Court in Pretoria dismissed Molefe’s application for leave to appeal the ruling.

Zondo said the judgment, which Norman said was now before the Supreme Court of Appeal, should be included in the documents, and statements which were placed before the commission on Thursday.

The documents and statements included submissions from the Eskom board, Norman said.

She said the statements and documents not only related to Eskom but other state-owned enterprises too.

Zondo urged the commission’s legal team to ensure that former Sars commissioner Tom Moyane’s application to cross-examine Minister of Public Enterprises Pravin Gordhan should be finalised and a date set.

The commission will resume on Friday and hear testimony from Eskom board chairperson Jabu Mabuza.

The Commission will hear testimony of Eskom Board Chairperson, Mr Jabu Mabuza on 22 Feb 2019 @ 10: 00#StateCaptureInquiry

Eskom sabotage an ominous sign
1 day ago
1 day ago 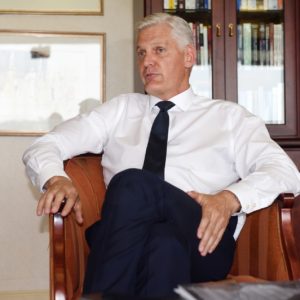 Eskom sabotage an ominous sign
1 day ago
1 day ago