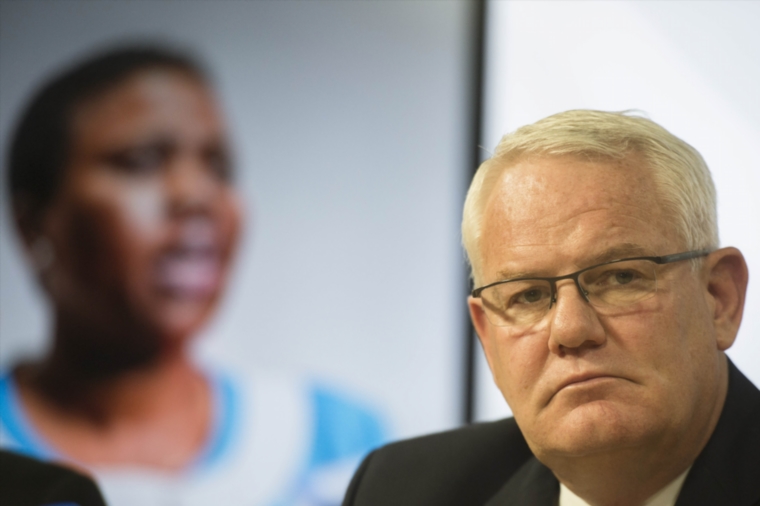 This is according to a preliminary report on investigations into irregularities at SAPS supply chain management in the province. Giving evidence at the commission, former KZN Hawks boss Major-General (Ret) Johan Booysen read the preliminary report into the record.

Ahead of the tea break, Booysen had told the commission that former KwaZulu-Natal commissioner Lieutenant-General Mmamonnye Ngobeni “unlawfully” instructed him to halt the investigation, in which Panday was a suspect.

However, Booysen told the commission that he did not comply with the instruction.

Booysen told the commission that this meeting ended with Ngobeni informing him that the investigation would be handed over to a different officer.

However, an investigator assigned to the probe up to that point, Colonel Vasan Soobramoney, two weeks later gave Booysen a follow-up report.

“From my reading of that report, it was very clear that there were irregularities and I would go as far as to say that those irregularities related to possible corruption and fraud and perhaps other crimes as well,” Booysen said.

The follow-up report stated supply chain management from the provincial headquarters had from October 2009 to 2010 utilised the services of Panday’s company, Gold Coast Trading CC, and settled claims in access of R15 million.

The report further states that investigators were tasked with finding links between Panday and officials at the SAPS provincial supply chain management.

The report’s investigations revealed three targets in what appeared to be a case of fraud and corruption, namely Panday, the director of Gold Coast Trading CC; Colonel Navin Madhoe from supply chain management; and Captain Aswin Narainpersad also from the same provincial department.

Another of Panday’s close corporations, United Mzansi Trading CC, was used by the SAPS provincial supply chain management to hire 13 C-Class Mercedes Benz vehicles during February 2010 at a cost of R198,000.

Among others, some “drastically inflated” claims were:

The report also revealed that Gold Coast Trading CC had submitted a tender worth R55 million for the accommodation of SAPS members for the duration of the 2010 World Cup, which it stated should have been urgently investigated.

The invoices submitted by Panday’s company did not have a VAT number and could not have been registered for VAT, a matter the report recommended should have been reported to the South African Revenue Service for investigation.

“Those prices were drastically inflated,” Booysen responded to a question on whether the claims had been inflated.

Booysen told the commission that in late June 2010, he was summoned to Ngobeni’s office wherein the boardroom a meeting was held which was attended by Panday, his attorney Tasha Giyapersad, and advocate Mkhize.

He said the meeting was seemingly chaired by Panday, who acted like he was the provincial commissioner, while Ngobeni remained silent and that a number of allegations were levelled against the investigators in the matter.

One of these allegations was that Soobramoney was allegedly extorting money from Panday and that the investigators were unlawfully accessing Panday’s bank statements.

Another meeting was held with Ngobeni, Panday and others, in which Booysen asked Giyapersad to desist from interfering with the investigation.