The ‘relocation’ of CNR and Bombadier to Durban at R1.2bn ‘was very suspicious’. 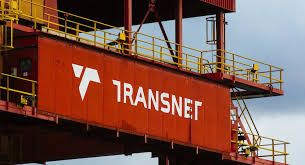 Under the guise of “stimulating the Durban economy”, Transnet executives in 2015 approved a dubious “relocation” of original equipment manufacturers Bombadier and China North Rail (CNR) from Pretoria to Durban at a staggering cost of R1.2 billion, the Commission of Inquiry into State Capture heard yesterday.

The 2018 National Treasury report confirmed that Transnet Freight Rail senior executive Ravi Nair wrote a memorandum to chief executive Siyabonga Gama on May 19, 2015, requesting approval for the negotiation of the relocation of Bombardier and China North Rail to Durban at a total cost of R1.2 billion – paid from the contingency fees.

Drawing on previous evidence given by chartered accountant Roberto Gonsalves, Zondo said: “There are certain things that are not explained. Maybe, maybe not, the true cost might have been lower.” To justify the high costs associated with the relocation, Mnyandu said Transnet executives came up with “costs for flights and accommodation for four people who could not be identified”.

According to him, the use of the term “relocation” was “a misnomer” because neither Bombadier nor China North Rail had set up any manufacturing device in Pretoria before relocating to Durban”.