The witness concedes it was a mistake not to grant permission to treasury investigators to interview Estina's sole director based on a confidentiality clause. 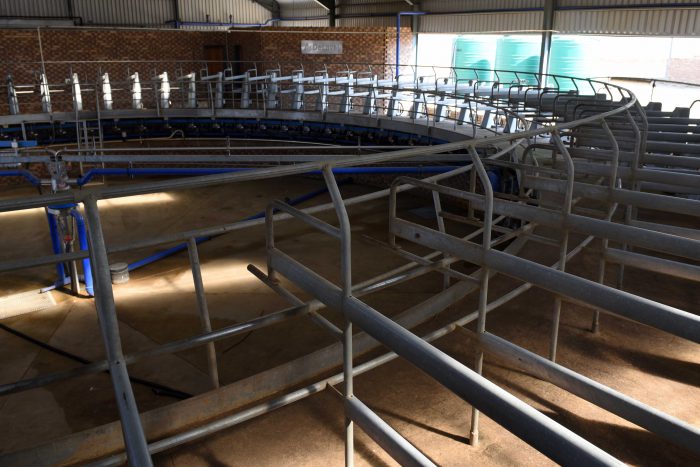 The former head of the Free State department of agriculture, Peter Thabethe on Friday told the commission of inquiry into state capture that at the time the department entered into an agreement with Estina on the implementation and management of the Vrede dairy farm project, he was not aware that the company was linked to the Gupta family.

Evidence leader at the commission advocate Leah Gcabashe pointed out to Thabethe that Estina’s address on the agreement the department had signed with the company was in Sandton, where a number of entities associated with the Guptas were located.

“I may not have been aware at that time, chair, though I had been to these offices, the relations at that time were not clear,” Thabethe told the chairperson of the commission, Deputy Chief Justice Raymond Zondo.

Gcabashe also asked Thabethe whether he had received a request from Estina’s sole director at the time, Kamal Vasram, to waiver a confidentiality clause in the agreement so he could be interviewed by investigators who were acting on behalf of the national department of treasury.

“Chair, I have not received the request from Estina, although I remember discussing this with the investigators,” Thabethe responded.

Gcabashe read into the record correspondence from Vasram to the investigators in which he stated he could not accede to a request to be interviewed by them in the absence of approval from the department Thabethe headed.

Thabethe said at the time he was of the view that he could not grant the permission because the investigators wanted an “exclusive investigation” into Estina without involving the provincial department, adding that had the department been involved, he would have granted the permission.

Gcabashe read into the record a report prepared by the investigators in which they stated that Thabethe had refused to assist them.

This ultimately resulted in the investigators failing to interview Vasram and obtaining Estina’s perspective on the Vrede dairy farm project.

“This is exactly what I was explaining, they needed an exclusive investigation outside of the department, which I could not do,” Thabethe said.

Zondo, however, questioned why Thabethe was of the view that the department needed to be included in the investigation.

He added that since Estina had entered into an agreement with the department and would benefit from taxpayers’ money and national treasury wanted to investigate this agreement, the expectation would have been that Thabethe would waiver the confidentiality clause.

“I hear you, chair, maybe at that time there was a misunderstanding,” Thabethe said.

Thabethe added that at the time he was not very clued up on legal issues hence he had suggested that a lawyer from the department should be present when investigators interviewed Vasram.

He said in hindsight, he would grant the permission.

Zondo, however, asked Thabethe to clarify what exactly his concerns were at the time which made him not grant the permission for the investigators to interview Vasram.

Thabethe said he was afraid of giving permission to investigators to probe a private company, however, he conceded that this was a mistake.

Zondo said it seemed as if Thabethe was more concerned with protecting Estina rather than the department.

Thabethe said he was concerned that had he granted the permission, Estina’s intellectual property would be compromised.