The ex-Free State agricultural head says had he been given an opportunity, he would have made corrections and provided investigators with the information they needed. 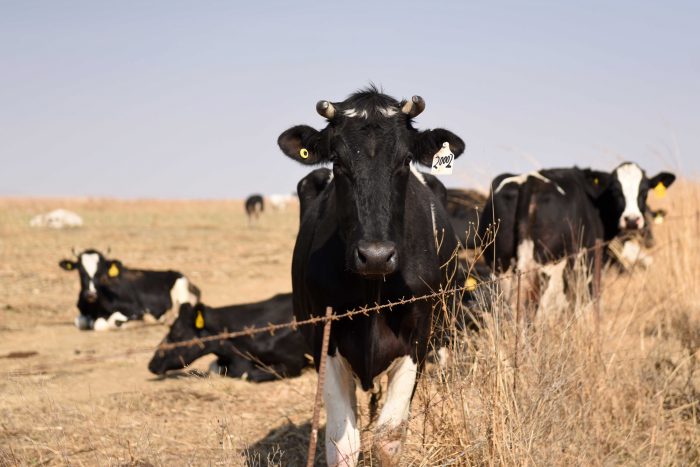 Dairy cows during a site visit by the leader of the DA, Mmusi Maimane, to the Vrede Dairy farm that was run by Gupta company Estina, 12 July 2017. It was intended to benefit the communiy but has been alleged to be a front for money laundering and also alleged to have been the source of funds for the Gupta wedding. Picture: Neil McCartney

The former head of the Free State department of agriculture, Peter Thabethe, on Friday told the commission of inquiry into state capture that he was not afforded the opportunity to respond before a report by investigators who probed the Vrede dairy farm project on behalf of National Treasury was released.

Thabethe returned to the commission to continue testimony related to the project, which was meant to be implemented by Gupta-linked Estina after the provincial department entered into an agreement with the company.

Evidence leader at the commission advocate Leah Gcabashe said that in the report, the investigators stated that they had been accompanied by Thabethe on a site visit to the farm in October 2013.

However, Thabethe said he could not recall that visit.

“I’m not denying it but I can’t remember. I might have been there because I’ve been there with a number of people doing investigations,” Thabethe explained, adding that this particular investigation into the project was the fourth one.

Gcabashe expressed her doubts that the investigators would put it as fact in a report to National Treasury that Thabethe had accompanied them to the farm.

She further said in the report the investigators stated that they noted during the site inspection that progress was being made on the construction of infrastructure and the purchase of cattle, however, because they had not been granted access to the project’s financial records, they could not comment on progress in this regard.

Thabethe said he did not know why the investigators would have struggled with obtaining the financial records considering that he had granted them access to the department’s supply chain management unit.

He further said the investigators had never complained about failing to access this information.

Thabethe said he only saw the report by the investigators in court following his arrest last year, alongside other government officials, in connection with investigations into the project.

He said had he been afforded the opportunity to respond to the report he “would have corrected a lot of things in the report” and would have made available any information the investigators said they could not obtain.

Thabethe further said that the public protector’s report on the project clearly indicated that he did not have a copy of the National Treasury report.

“That has been my problem with regards to this report, I would have made my inputs before the report was released,” Thabethe said.