The former president's son says he was not present at the alleged meeting the former Free State MEC had given testimony on. 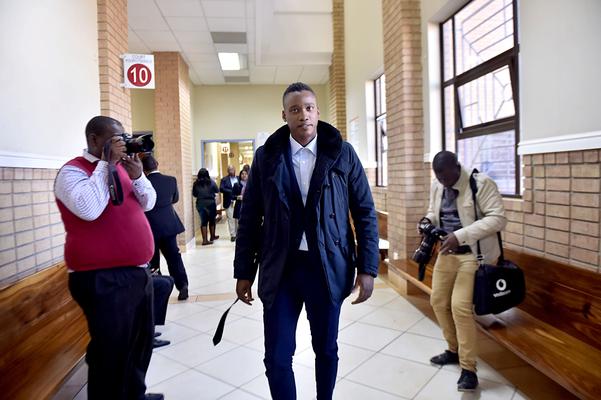 “I’m not sure what Mr Dukwana is talking about,” Zuma said, after evidence leader, advocate Philip Mokoena read parts of Dukwana’s testimony about the alleged meeting.

“I completely refute [Dukwana’s claim],” Zuma said, adding that he was sure he was not present at the meeting Dukwana gave evidence about.

Dukwana had told the chairperson of the commission, Deputy Chief Justice Raymond Zondo, that at the meeting, Tony Gupta had told him that Dukwana had been called to Saxonwold because he, Gupta, was “a … businessman, all I know is business” and had asked the former MEC to sign a letter.

The letter was some sort of appointment letter which detailed the ICT and City of Tomorrow projects in the Free State and which appointed an entity.

The letter was purported to have been written by Dukwana, however, his surname on the letter was spelt Dukoana, which is the spelling on his ID document.

This indicated to the former MEC that someone privy to the difference in the spelling of his surname would have told them to used Dukoana, which could have been Magashule, who remained face down.

Gupta then allegedly said a discussion had been held with Magashule that he would be excluded from the deal Dukwana was meant to sign on at that moment and that it would only be the former MEC and Gupta involved in the project.

When it became clear that Dukwana was reluctant to sign the letter, Gupta added a sweetener of R2 million on the spot after signing the letter and R2 million monthly for the duration of the project, an estimated 10 years, the commission heard.

Gupta allegedly referred to Magashule as “brother Ace” and told Dukwana that he was a trustworthy person, adding that he, Gupta, drove to Magashule’s residence to hand him over “his million” and did the same for the young Zuma, both of whom agreed.