Rockman says had the contract been put to tender it is unlikely that the Gupta-linked company would have been appointed. 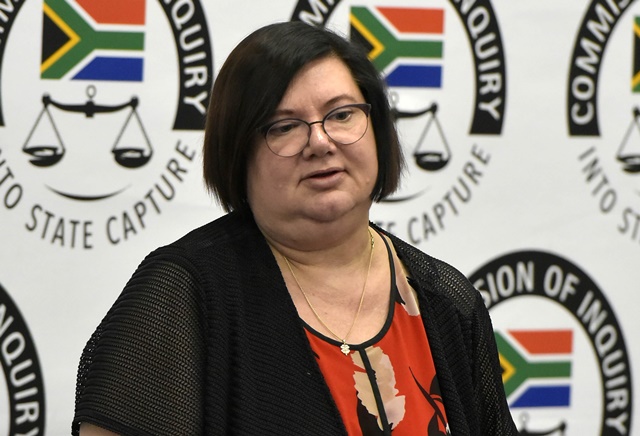 The chairperson of the commission of inquiry into state capture, Deputy Chief Justice Raymond on Thursday told former Free State finance MEC Elizabeth Rockman that he was of the impression that the classification of payments from the department of agriculture to implementing agents as transfers was a way of circumventing procurement procedures.

However, Zondo said this was not a final impression as he would still hear more evidence.

On the second day of her testimony at the commission, Rockman told the commission that the classification of these payments as transfers meant implementing agents did not have to follow procurement procedures, a concern which the auditor-general (AG) had been raising for a number of years. She, however, said this was not an issue that affected the Free State alone but had occurred throughout the country.

Rockman, who is also the former director-general in the office of the Free State premier, returned to the witness stand to give testimony relating to the failed Vrede dairy farm project which was meant to be implemented by Gupta-linked Estina. The latter company had entered into an agreement with the Free State department of agriculture for the implementation of the project.

Zondo questioned Rockman whether the department was not obligated to ensure that taxpayers’ money was used accordingly, questioning the manner which Estina was appointed as an implementing agent of the project.

Rockman said provincial Treasury did not know how Estina had been identified as an implementing agent “because there was no public process”, adding that the department of agriculture had stated that the agreement was no different to ones that were in place at the time.

Zondo asked Rockman whether at the time the department entered into an agreement with Estina, the provincial treasury was aware that the Gupta-linked company was in IT and not agriculture and that it had just a little over R16 in its bank account when the agreement required that the entity contribute millions to the project.

Rockman said no such information had been made available during her time as director-general when the project got underway, and as finance MEC, adding that she only came to know of this when it was first heard in testimony at the commission.

“But it must have concerned you quite a lot when you did hear that?” Zondo questioned.

Rockman agreed with the chair, adding that the introduction of the central supplier database by National Treasury is an additional internal control measure that seeks to address the latter’s limitations in carrying out its oversight role.

Rockman further said it would have been “wise” to put to tender the need for an implementing agent for the project as this would have minimised risks.

Rockman said that at the time Estina was appointed, mechanisms were in place to reduce the risk but “it is how we utilised them that exposed us to unnecessary risks in this case”.

Rockman said that had the contract been put to tender, it would have been unlikely that Estina was appointed unless it entered into a joint venture.

Zondo asked Rockman whether it would be a reasonable assumption that the head of the department of agriculture ought to have done due diligence before appointing Estina.

“Chairperson, I would say that is reasonable,” Rockman said.