Peter Thabethe says he only knows of one meeting he held at Saxonwold with a delegation from India and is not certain that a Gupta was present. The former head of the Free State Department of Agriculture, Peter Thabethe, denied a number of meetings he allegedly convened with Tony Gupta despite the evidence leader at the commission of inquiry into state capture, Advocate Leah Gcabashe, tabling a meeting schedule obtained from Gupta e-mails.

On Monday, Thabethe resumed his testimony at the commission chaired by Deputy Chief Justice Raymond Zondo.

He had previously denied having interacted with any members of the Gupta family, however, he later deposed a supplementary affidavit to correct this.

Thabethe said in 2013 he received a phone call from someone whose name he couldn’t recall but assumed it was a member of the Gupta family, who scheduled a meeting with “a group of people coming from Paras, from India”. Paras was the India-based dairy farm Thabethe had identified as would be roped into the failed Vrede dairy farm project.

He met with the delegation from Paras at the Gupta residence in Saxonwold, Johannesburg, a matter which he said he wanted to correct in his supplementary affidavit “because I had been there and met Paras people in that address”.

Thabethe said when he met the delegation at the Gupta residence one person introduced him and he assumes that person could be a member of the Gupta family.

He said the delegation from Paras sought his assistance with obtaining work permits, but he explained to them that Gupta-linked Estina would have to assist.

Thabethe said he had agreed to meet at Saxonwold with the delegation from Paras because on the day he was going to be in Johannesburg.

Gcabashe said according to media reports, Thabethe was scheduled to meet with Tony Gupta on January 31, 2013, at Saxonwold, a meeting which was set up by Ashu Chawla, however, Thabethe said he would rather rely on his personal diary to confirm this.

Media reports also suggested that Thabethe would meet with Gupta on February 1, 2013, Gcabashe said, but Thabethe said he finds these media reports to be very strange.

Thabethe said he was unable to identify the specific Gupta family member who had been present at the meeting he had with the delegation from Paras.

Gcabashe placed before the commission a meeting schedule obtained from the Gupta e-mails, which were leaked to the media and subsequently blew the lid on state capture.

“There are a number of meetings as you can see,” Gcabashe said, adding that the schedule shows that another meeting was scheduled for March 2014 where Ashok Narayan would be present.

However, Thabethe denied having any knowledge of these meetings.

He said when he met with the delegation from Paras at the Gupta residence the R84 million that was due to Estina from the department he headed was not discussed.

The commission also dealt with a letter written by Chawla to the High Commission of India in South Africa facilitating Thabathe get a business visa for his trip to India. The letter contains Thabethe’s passport details, but Thabethe said he does not know how Chawla obtained these details.

“This letter would not serve me any purpose, I did not need it,” Thabethe said. 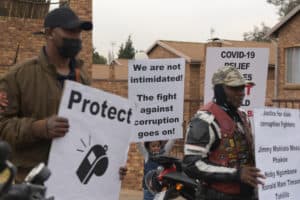 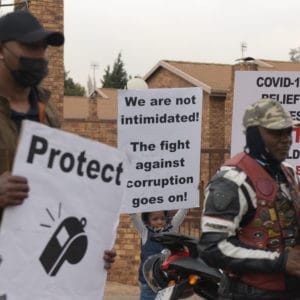