The #GuptaLeaks revealed the Gupta family had received Matjila's CV shortly before he was appointed acting CEO at Eskom in 2014. 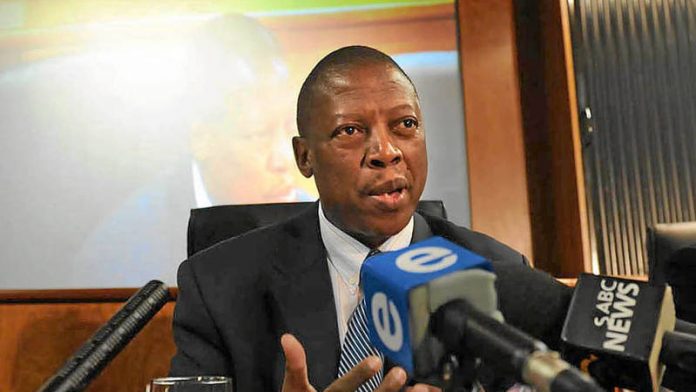 Despite being told that The New Age’s (TNA) business breakfasts “were not good” for Eskom’s reputation, Collin Matjila, who had just been employed as acting CEO, allegedly insisted that the power utility should enter into a long-term contract with the Gupta-linked TNA.

Testifying before the Zondo commission on Wednesday, former Eskom executive Chose Choeu, who had recently retired from the utility, said when Matjila took office, he reported to former group executive of enterprise development Erica Johnson.

“Mr Matjila told Erica Johnson that he would like us to sponsor the breakfast and he would want a long-term contract of about three years,” he testified.

The #GuptaLeaks revealed the Gupta family had received Matjila’s CV shortly before he was appointed acting CEO at Eskom in 2014.

According to AmaBhungane, Scorpio and News24, after he was appointed, TNA scored lucrative deals with the power utility.

Matjila, who had been on the Eskom board since 2011, had replaced Brian Dames in an acting capacity.

Eskom committed R43m to the TNA breakfast in its third contract.

The first contract Eskom entered into with TNA cost about R7.1m, while the second was R4m to cover four business breakfasts.

According to Choeu, Johnson informed Matjila that these “business breakfasts were not good for our reputation”, but Matjila “insisted that he would deal with all the problems”.

Choeu said, to his knowledge, there was no contract between Eskom and TNA between April 2013 and March 2014 because the contract was not good for Eskom’s reputation, adding he had concerns about the value.

He added after the agreement between Eskom and TNA was concluded in November 2012, he became sceptical about the business breakfasts due to parliamentary questions, saying his team also had to face media queries.

On Thursday, former Eskom non-executive board member Mark Pamensky will take the stand.