The witness says there is an increased need to protect the government programme to ensure it is not taken advantage of by corruption. 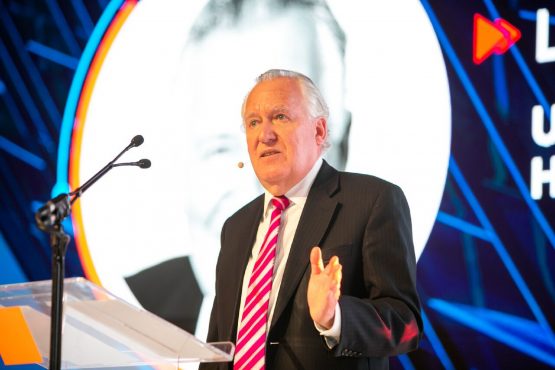 House of Lords peer and anti-apartheid activist Peter Hain on Monday told the commission of inquiry into state capture chaired by Deputy Chief Justice Raymond Zondo that government’s Black Economic Empowerment (BEE) programme has been a “convenient mechanism for looting”.

Lord Hain said he was “strongly supportive of the principle of” BEE “as part of the transition of the historic discrimination under a white-owned and controlled economy during apartheid”.

However, he told Zondo that he believed that there was an increased need to protect the programme and ensure that its legitimate aims “are not undermined and distorted by corrupt manipulation by a few corrupt individuals including the Gupta brothers with their bribery”.

Lord Hain said it was unfortunate that in recent history, many of the contracts at state-owned enterprises were awarded to BEE enterprises that did not have or intended to obtain the necessary capability to complete those tenders satisfactorily nor to further the aims of BEE.

“In other words, they were perverting the important and valid objectives of the BEE movement and policy … they were manipulating it and perverting it,” Lord Hain said.

He cited Gupta entities that were awarded contracts in the Free State that had fronted as BEE enterprises but neither completed the contracts nor empowered black communities.

“So they are a convenient mechanism for looting rather than to further the very important objectives of the BEE policy,” said Lord Hain.

Gupta-linked Estina was appointed the implementing agent of the Vrede dairy farm in the Free State, however, millions of state funds were siphoned through the project.

“I’m suggesting that there should be better regulation and promotion of the BEE programme … to ensure that actually the benefits really do accrue to the people, the black communities, as is the intention of the policy,” said Lord Hain.

There should be increased transparency on whether a BEE entity, firstly, has the relevant track record in the field concerned, secondly, meets basic upskilling requirements to deliver on the contract, specifically to ensure that they hire and train black employees and thirdly that they satisfactorily perform contracts against key indicators, Lord Hain suggested.

He further said the number of employees retained by BEE entities should be carefully recorded and verified because those who have exploited the programme usually did so by creating a shell or front company posing as a BEE entity “but actually having very few employees” solely to win the contract and then “loot as they have done”, and thus “they are distorting and perverting the admirable and vital” aims of BEE.

Lord Hain said a whistle-blowing hotline should be created to report instances where BEE was exploited.

“Obviously, to all of us … the BEE programme is really important to the future of South Africa,” Lord Hain said, saying this was why it should not be taken advantage of by state capturers.