The commission was on Wednesday hearing testimony relating to investigations into Durban based businessman Thoshan Panday who was said to have had business relations with Jacob Zuma's son, Edward.

The commission of inquiry into state capture announced on Wednesday that it has lodged a court application to extend its “lifespan”.

“The public and the media are hereby notified that on the 20th December 2019 the commission lodged an application in the Pretoria High Court for an order extending the commission’s lifespan from the end of February to 31 December 2020,” a statement issued by the commission reads.

Meanwhile, the commission, chaired by Deputy Chief Justice Raymond Zondo, was on Wednesday hearing testimony from retired Colonel Johannes Van Loggerenberg on his role into various investigations into Durban-based businessman Thoshan Panday and how these were stopped or blocked even though there was “overwhelming” evidence.

The investigation probed how Panday allegedly inflated prices in a R60 million contract to supply temporary accommodation for police members in KwaZulu-Natal during the 2010 World Cup.

ALSO READ: Panday’s co-conspirator gave me R1.5m to back off investigation – Booysen

Loggerenberg told the commission that the investigation found that the two police officials in the SAPS supply chain management department, namely colonel Navin Madhoe and captain Aswin Narainpershad allegedly overlooked other contractors who bid for the aforementioned tender in order for Panday’s company to be awarded the contract.

The commission heard that Panday allegedly “wined and dined” Madhoe and Narainpershad and bought them gifts and sent them on holidays, including Ngobeni.

The witness also told the commission that Panday used various companies, one registered to his name and others in the names of his wife, sister and brother in law to bid for tenders at SAPS.

“So he would get all the tenders at the end of the day,” Loggerenberg said.

He told the commission that Madhoe had also assisted Panday to register his companies to the SAPS database without following the “proper channels”.

Loggerenberg also told the commission that former KZN Hawks boss Major-General (Ret) Johan Booysen had on many occasions instructed them to halt the investigation.

“He got the instruction from the PC [provincial commissioner] – Lieutenant-General Ngobeni,” Loggerenberg said, adding, however, that his team did not stop the investigations.

The witness told the commission of threats to his and colleague’s lives while investigations were ongoing and how he was of the view that the decision to end probes into Panday was a political decision. 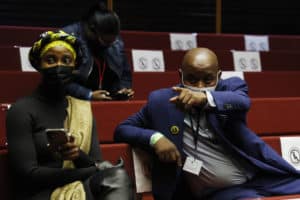 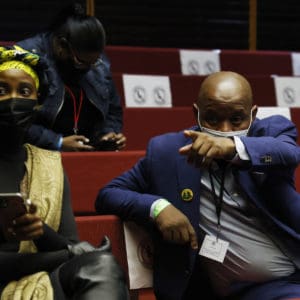