According to Molefe, the Gupta family came to South Africa with a vision and that they were prepared to buy Nedbank. 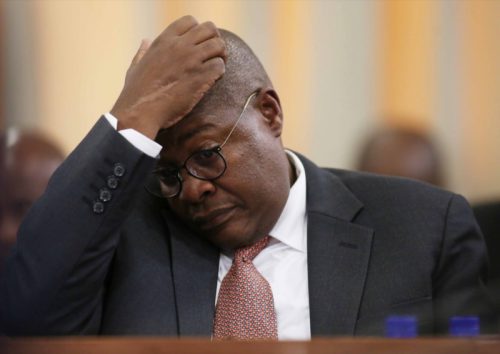 Former Eskom chief executive officer (CEO) Brian Molefe has told the chairperson of the Commission of Inquiry into State Capture, Deputy Chief Justice Raymond Zondo, that he was introduced to the Gupta brothers when he wanted to buy a bank.

Molefe said that he started interacting with the Guptas around 2007 and 2008, and had since been to their house quite a number of times for family events and private meetings, adding that he had a close relationship with one of the brothers, Ajay Gupta, and saw nothing wrong with going to their house.

According to Molefe, the Gupta family came to South Africa with a vision and that they were prepared to buy Nedbank. The family linked him with a possible funder in India, to buy into his vision of creating a bank for black people.

Zondo drew Molefe to the evidence of Mcebisi Jonas, where he spoke about a meeting that took place at the Gupta home. During the meeting, one Gupta brother, whose name Jonas could not remember, mentioned to him (Jonas) that “Brian Molefe’s career was being taken care of”.

Molefe explained that he was responsible for his career and that the Gupta family had nothing to do with it.

When asked about how the now-defunct The New Age newspaper, which was owned by the Guptas, broke the news that he was going to be appointed Transnet CEO, Molefe said he did not know and could not answer for other people or meetings where he was not present.