Constitutional law expert Pierre de Vos says no one has the option of disobeying a court order because they believe the court got it wrong or because another court is considering another aspect of the case. 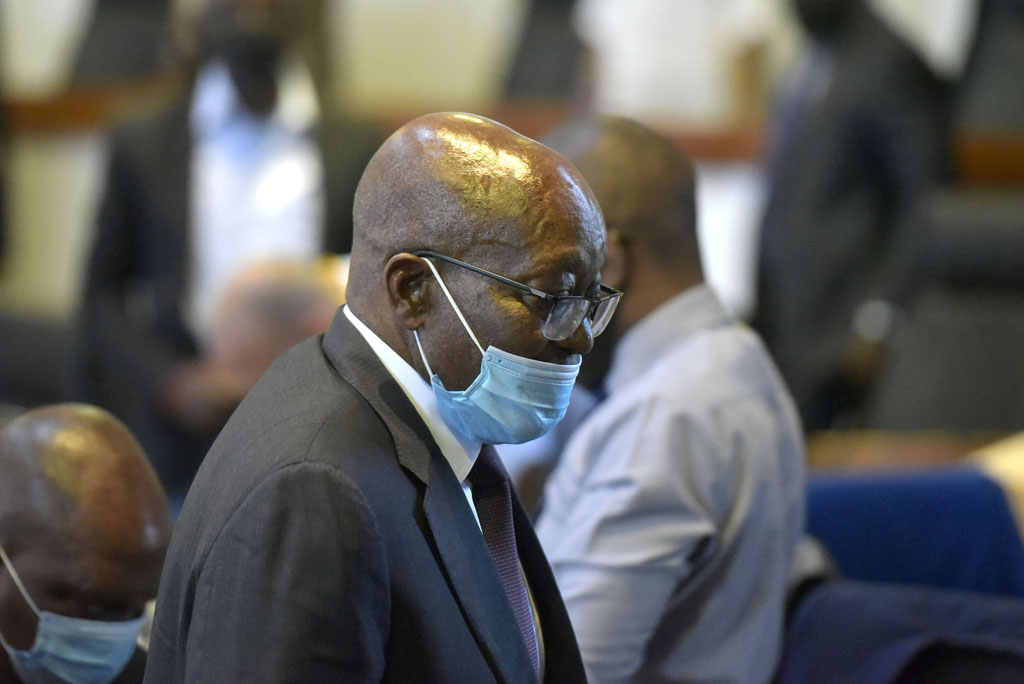 Former president Jacob Zuma’s justification for defying a Constitutional Court (ConCourt) order compelling him to appear at the State Capture Commission of Inquiry is “self-serving and legally absurd”.

That is the view of constitutional law expert Pierre de Vos, who said Zuma’s “lawless behaviour” places him in the same category as “deadbeat dads who fail to pay maintenance and the spendthrift grafters who refuse to repay their creditors, despite being ordered to do so by a court of law”.

Writing in his regular blog entitled, Constitutionally Speaking, De Vos said on Monday the reasons advanced by Zuma’s legal team for failing to appear at the commission are “not only legal nonsense”, but also undermine respect for the rule of law and for the commission.

The former president’s lawyers informed the commission on Monday that their client would not be appearing to answer questions put to him, as ordered by the ConCourt.

They said this was due to Zuma’s application at the Pretoria High Court challenging Deputy Chief Justice Raymond Zondo’s decision not to recuse himself from hearing their client’s testimony. Zuma’s lawyers also believe that the summons issued for his appearance at the inquiry is irregular and not in line with the ConCourt judgment.

This led to Zondo’s decision to approach the apex court seeking an order declaring Zuma guilty of contempt of court. Zondo said the ConCourt could either impose a term of imprisonment or a fine on Zuma, but that the commission would be seeking imprisonment.

De Vos said Zuma’s justification for rebelling against the ConCourt and commission was misguided and seemingly aimed at undermining public trust – not only in Zondo – but also in the ConCourt and the entire legal system.

“The majority of the Constitutional Court based its decision to order Zuma to testify partly on the ‘undisputed facts’ that ‘Zuma had failed to remain in attendance after his application for recusal was dismissed on 19 November 2020’. The court also signalled that it was aware of Zuma’s plan to have the decision reviewed by the high court.

“The court nevertheless ordered Zuma to obey all summonses and directives lawfully issued by the commission and to appear and give evidence before the commission on dates determined by it,” he argued.

“But even if the Constitutional Court had not been aware of the review application when it issued its order, it would have been of no legal relevance to the present matter. Such an application, launched in another court, dealing with a different legal issue, cannot magically undo the order issued by the Constitutional Court, or magically suspend Zuma’s legal obligation to obey it.”

De Vos said no one had the option of disobeying a court order because they believed the court got it wrong or because another court was considering another aspect of the case.

“If people in Zuma’s position had the power to decide for themselves which court orders to obey, the entire legal system would collapse,” he said.

“When a lower court orders someone to do or not to do something, that person may appeal the judgment to a higher court and such an appeal will normally suspend the order until the appeal is finalised. But one cannot appeal a judgment of the Constitutional Court, which means one has no option but to obey such an order or face a contempt of court finding and potentially imprisonment.”

He said Zuma lawyers could not blame the ConCourt for their own failure to make representations to the court against the commission’s application.

“As court orders cannot be undone by a letter written by a private party to another litigant, the letter sent to the commission by Zuma’s lawyers on Monday is a curious but revealing document. It suggests that Zuma believes he is above the law and that he, therefore, does not need to obey court orders that do not serve his personal interests and that he does not agree with.”

De Vos added: “Whether one is a deadbeat dad, a spendthrift drifter, or a dodgy former head of state desperately trying not to account for one’s actions, ignoring a court order is an outrageous thing to do as it poses a direct challenge to the authority of the law and the legal system.

“Few South Africans would tolerate or condone this type of lawlessness if indulged in by somebody other than Jacob Zuma.”