Expected to top the R1 billion mark by the time it ends in June. 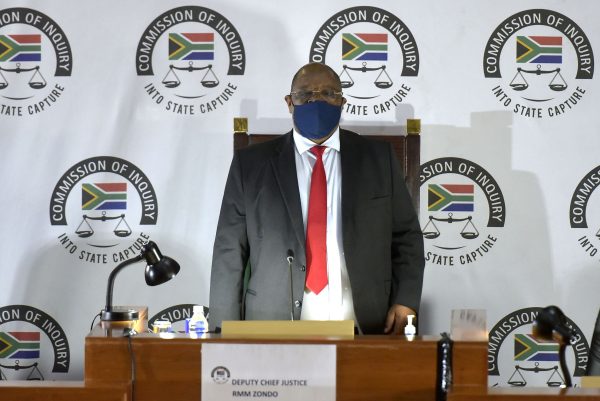 The judicial Commission of Inquiry into Allegations of  State Capture has cost taxpayers about R830 million without any prosecutions so far.

This is according to Rob Hutchinson, MD of public advocacy group Dear South Africa.

In July last year, it was reported that R244.5 million had spent in 2018, the year the commission was established and R111 million the following year.

With the commission now having been granted a further three-month extension until June 2021, many South Africans wonder if the officials implicated in the various corruption scandals will ever be held to account.

“One has to consider if the cost is worth it as in some cases, it exceeds the amount stolen and simply adds to the burden of us taxpayers,” Hutchinson told The Citizen on Monday.

The commission was granted an extension by Pretoria high court in February this year after Deputy Chief Justice Raymond Zondo asked the court to extend the inquiry’s tenure in order to complete its work.

Zondo said the extension would be used for the preparation of the commission’s report, while March was expected to be the last month of oral testimony.

It began its work in August 2018 and was initially given 180 days to wrap it up.

Organisation Undoing Tax Abuse (Outa) CEO Wayne Duvenage told The Citizen on Monday that the extensions the commission was granted were understandable in light of the Covid-19 pandemic.

“Remember that Covid-19 happened, so the commission experienced some delays. The commission has since exposed some serious allegations of corruption and more information needs to be uncovered and heard in the public eye,” he said.

Duvenage noted that the commission needed to complete its work first, but push back from certain officials including former president Jacob Zuma was making the process more difficult and frustrating.

READ MORE: R1bn spent on commissions, but with very little to show for it

About the R830 million spent on the commission, Duvenhage said taxpayers money would only be worth it there were convictions.

“I believe there will be people prosecuted and convicted after the commission has released its report. The question that remains in people’s minds is when will it happen, which is also a bit frustrating.

“Hopefully, the National Prosecuting Authority (NPA) under the leadership of Shamila Batohi can tackle the recommendations of the report. Remember that the institution under Zuma’s tenure was facing a leadership crisis. So if the commission paves the way for those implicated in state capture to be convicted then it will have been worth it,” he said.

The Zondo commission is expected to breach the R1 billion mark by the time it concludes in June, while the total amount spent on commissions including Marikana, Nugent and the Public Investment Corporation (PIC) now stand at R1.19 billion.