The purpose of the committee is to deploy people who are 'most fit for purpose' to critical positions in the government, Ramaphosa said. 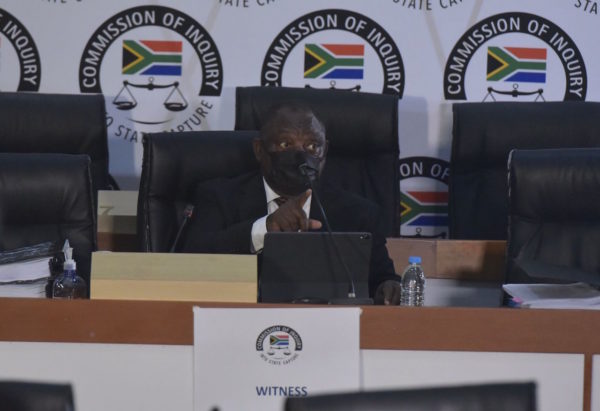 ANC president Cyril Ramaphosa on Wednesday defended the ANC’s cadre deployment committee at the Commission of Inquiry into Allegations of State Capture, saying the committee is required to build capacity in the public service now more than ever before.

Ramaphosa took the stand at the commission for his much-awaited testimony as the president of the ANC.

He was grilled about the ANC’s cadre deployment committee, which he chaired when he was ANC deputy president.

The deployment of ANC members to strategic positions in the government has been criticised by opposition parties as a contributing factor to corruption and state capture.

Ramaphosa said the purpose of the committee was to deploy people who are “most fit for purpose” to critical positions that have been identified in the state.

He said the committee merely made recommendations, saying the ANC believes the policy on deployments should not be inconsistent with the principles of fairness, transparency and merit.

Ramaphosa said when dealing with the question of cadre deployment, it is better to be circumspect and “not throw the baby out with the bathwater”. He also said the deployment committee was not unique to the ANC as it was a common feature of democratic practice around the world.

Ramaphosa said the committee was necessary for building capacity in the state, saying it assisted with ensuring a balanced gender representation in state-owned entity boards.

“The deployment committee must focus on ensuring there are people who are fit for purpose, who are professional, who know their craft and who will go and execute their craft without fear or favour and who themselves will not be captured by any interests.

“They will just be there to serve the people of South Africa,” he said.

However, Ramaphosa acknowledged implementation of the ANC deployment policy was not perfect, adding that its recommendations were not always followed by officials in government.

“We would concede there are weaknesses in its practical implementation that make the case for greater clarity, both in political parties and the state. Ultimately, political involvement in the administration of the public service must be circumscribed by legislation, convention and practice.

He said it was not always necessary that only ANC members or people who are considered close to the party should be appointed to key positions in the government.

Ramaphosa said the process for the deployment of officials in government had been evolving, and was discussed at the ANC’s last national conference in December 2017.

“To this effect, even the minister of public service and administration [Senzo Mchunu] has embraced this process and it’s now in the process of being fully implemented.

Ramaphosa added the committee did not get involved in appointing Cabinet ministers, as this was the prerogative of the country’s president.