Former ANC spokesperson says he used R890 000 to buy a Jeep vehicle for himself. 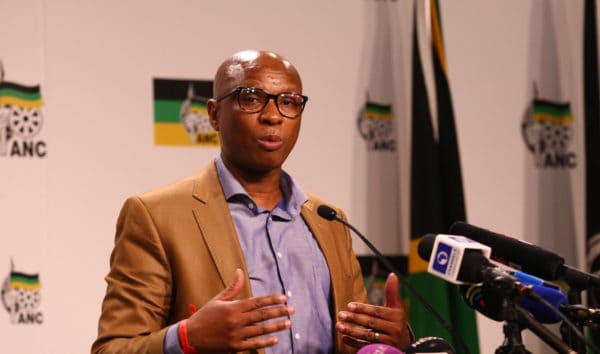 Former ANC spokesperson Zizi Kodwa admitted to payments being made into his bank account “on his request at times” when he was going through financial difficulties.

Kodwa appeared at the Judiciary Commission of Inquiry into the Allegations of State Capture on Monday after he was implicated in a number of dodgy payments by head of ENSafrica Forensics Steven Powell in November last year.

However, it was found by the commission through bank details and statements that Kodwa received over R2 million in cash and other benefits.

Making an opening statement during the proceedings, Kodwa conceded that payments were indeed made into his account by Mackay, however, that was when he was facing financial difficulties.

The current Deputy State Security Minister dismissed corruption allegations, saying that the payments were not in exchange for political gains for the ANC or to influence any tenders.

“I want to state it categorically chairperson that I have never engaged in any corruption or facilitated corruption in my relationship with Mr Mackay or any other person,” he said.

Kodwa told the commission that he was aware of the perception that him asking for the financial assistance from friends may seem like he was involved in corruption.

“I am particularly remorseful that although the issues raised with me relate to the period when I was not working for state and no influence on how the state did its business. [I am aware] that I accepted assistance from friends could lent itself to perceptions that we use our proximity to power to ameliorate our own individuals financial difficulties rather than of our people,” he said.

He further said that such payments were not quid pro quo for any assistance then or in the future.

Kodwa confirmed to the commission he received a R1 million loan from Mackay – whom he met in 2013 and became friends.

The former ANC spokesperson explained that he used R890 000 of R1 million to buy a Jeep vehicle for himself.

He said that he got the loan from Mackay when he would not have been able to secure a bank loan.

“I confirm this was a loan from a friend and it had no strings attached. It was also flexible for me as MacKay indicated that I did not rush making payments until I felt my finances had been stabilised,” he said.

He said that Mackay has several properties in Cape Town, adding that as a friend, he often slept at one of Mackay’s properties when he needed to.

“I confirm that there was nothing untoward in his allowing me to visit his home or to spend a night at any of his properties. He specifically demanded no payment for the time I spent at any of his homes,” he said.

The ANC is accused of soliciting regular donations worth millions from EOH, an IT service management company, in exchange for tenders at the City of Johannesburg.

Kodwa admitted to requesting Mackay to assist with groceries for one of the ANC branches and pay for the ruling party’s T-shirts.

“I never requested any further payments from [Mackay]. I am aware, however, that, he may have made other donations to the ANC, but this may have not been done at my request or instance,” he said.

Kodwa also told the commission that he had never interacted with EOH regarding the payments he received.

He said the only person that he interacted with was Mackay and not EOH.

He added that claims that the R1 million payment that he got from Mackay was a donation to the ANC from EOH subsidiary, TSS.

We will not protect any ANC leader accused of corruption, says Ramaphosa
1 hour ago
1 hour ago

We will not protect any ANC leader accused of corruption, says Ramaphosa
1 hour ago
1 hour ago