Ramaphosa has previously described the former Prasa chairman as a 'great friend and comrade', but the feeling may no longer be mutual. 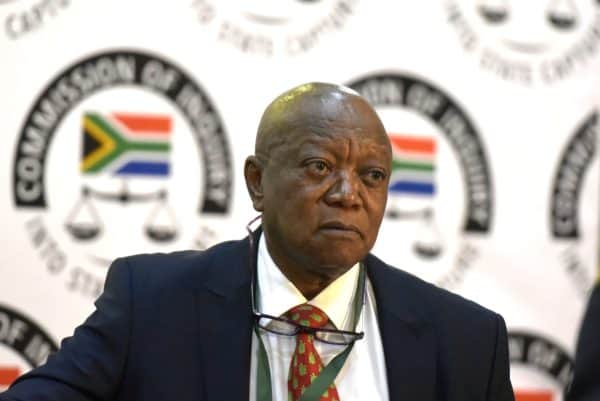 Former chair of the Passenger Rail Agency of SA (Prasa) Popo Molefe has again hit back at President Cyril Ramaphosa over remarks the latter made against him last week at the Commission of Inquiry into State Capture.

Ramaphosa had called a portion of Molefe’s testimony “disingenuous”.

Molefe found himself at Prasa during a period when a permanent CEO had not been appointed at Prasa in about five years amid chaos and allegations of ongoing corruption at the state-owned entity.

Molefe testified that he had tried to get the ANC’s then top six leaders (Jacob Zuma as president, Ramaphosa as his deputy, Gwede Mantashe as secretary-general, Jessie Duarte as deputy secretary-general, Baleka Mbete as chairperson and Zweli Mkhize as treasurer) to act on the serious corruption allegations at Prasa.

Molefe is now the chairperson of Transnet.

Ramaphosa responded to evidence leader Vas Soni that he considered it “highly improbable, highly inconceivable that we [the top six] could have left Popo Molefe out to dry, so that the board can collapse. To me that never happened and it would have meant that we have a herd mentality, all of us … It could never had happened, never.”

However, Molefe said on Monday that he felt “aggrieved”, especially at having had his concerns and state capture testimony described as “disingenuous” by Ramaphosa.

ALSO READ: The gist of Ramaphosa’s testimony was that the truth should not be sought from him

He told the SABC’s Vuyo Mvoko on the Monday evening broadcast of The Watchdog: “Looking at the president talking on this thing, one could mistake him to be an actor in a movie, where he thinks that he’s reciting poetry in a theatre.

“The reality is that I went to talk to them [ANC leaders], believing that as a party that was in government and [of] which I was a loyal and disciplined member … I had a responsibility to make sure that state organs resorting under the government that it was in charge of needed to function in a manner that served the best interests of the South African public, the poor … and Prasa was a very important vehicle in that regard.

“It is something that I would have expected the president to reflect on very seriously [instead of] behaving like a movie star.

“The ANC led by the president – of course at that time he was number two – could not absolve itself from not only responsibility for ensuring that the country is governed properly, but also taking accountability for the failures of that time, for the rampant corruption that was happening under his [Ramaphosa’s] watch.

“One can never say that [a man who goes there] to talk to his party about a problem of that nature could be considered to be acting in a manner that is disingenuous. It suggests that I was insincere, I was dishonest, I was not doing anything that I was saying in an honest manner.

“And I must say that I feel embarrassed in the extreme and very angry.”

Molefe said he had felt no need to say this directly to Ramaphosa because: “He knew that he was not telling the truth. He knew what I said at that meeting. And it was not only in that meeting. I had had many engagements with him on a one-to-one basis, so he is the one who should be embarrassed…”

‘We must rely on state agencies’

In explaining why he considered Molefe’s testimony disingenuous, Ramaphosa claimed the then top six had advised Molefe to hand whatever evidence of corruption he had to the authorities.

“We must rely on our state agencies to be able to do this, and, therefore, all these matters must be reported to these agencies so that something can be done,” Ramaphosa testified.

Deputy Chief Justice Raymond Zondo told Ramaphosa: “My recollection is that unfortunately [Molefe] did not get that support. On his evidence, it was like the matter would be looked at some time in the future and he said nobody, including you, Mr President, came back to him to say: ‘You know that problem you raised? We want to help. Or: ‘How are you doing?’

Ramaphosa responded to Zondo: “I find that a bit disingenuous for a person who has been clothed with all the powers of the position to then say: ‘I felt powerless’. The support that he sought on the issue of the [Public Finance Management Act (PFMA)] was a given, and he said: ‘This is what I am now going to do because I am being subjected to these attacks, and I am going to use the PFMA.’ And we said: ‘Go ahead.’

“I find it disingenuous that a man who is a chair of an entity would say, ‘I am powerless and I need your full and total support,’ when he should have known it would be there anyway. So the question is … he should have gone ahead.”

Ramaphosa last week attempted to explain his apparent public silence about state capture allegations as part of his plan to eventually take over government from Zuma.

“The final option for me, which is what I chose, was to remain in my position as deputy president; not to resign, not to acquiesce and join in, or not to be confrontational, but to work with others in the executive to resist the abuses and bring about change where we could.”