The State Capture Comission is expected to release its report in October this year. 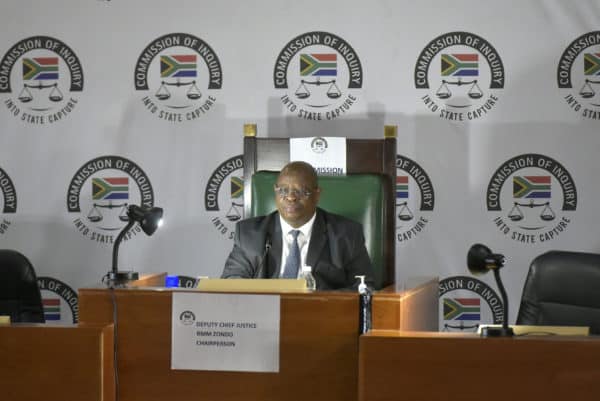 The African National Congress (ANC) says it will prepare to address certain allegations against party leaders and other officials when the State Capture report is released.

This after the party’s national executive committee (NEC) held a special meeting on Friday, which will be followed by a three-day virtual lekgotla from Saturday to Monday.

With the Commission of Inquiry into Allegations of State Capture, chaired by Deputy Chief Justice Raymond Zondo expected to release its report in October, the ANC said it will need to be ready to implement the recommendations of the report.

“The ANC and this government will be criticised […] due to an exaggeration of the role of the deployment committee and misrepresentation of its ambit, as well as for the management of the work our MPs do in Parliament and parliamentary structures.

“Specific allegations have been levelled against leaders and deployees of the movement and there is a concerted drive to tie these allegations to the organisation and portray a picture of a corrupt and incompetent ANC and ANC-led government.

“We need to be ready to address these and develop concise messages before the report comes out. An important issue will be to engage with and preparing ourselves for implementation of the recommendations,” the governing party said in a statement.

During his testimony last month, President Cyril Ramaphosa told the commission he does not believe the leadership of the ANC can be accused of being complicit in acts of corruption and state capture while former president Jacob Zuma was still in office.

Ramaphosa said that there were several “signposts” of wrongdoing or misconduct when he served as Zuma’s deputy.

However, the President said he was not fully aware of the extent of large-scale corruption and looting. He said the ANC could have done better by being more alert to what was happening in government.

The commission was granted another three-month extension until September in order to complete its work.

The commission was due to end in June, however, it was given an extension by the Pretoria High Court as it was in the public’s interest.

Zondo previously said the commission will finalise its report “in due course”, hoping they would do so by the end of August.

The chairperson, however, explained that he asked the court for September in case the commission did not complete its work by then.

He further noted there will not be a provisional report of the commission, adding only a final report will be released.

The commission has spent just under R1 billion.